A small-town Army soldier falls for a sophisticated woman. The two become friends, but she allows things to go to a romantic level out of pity. 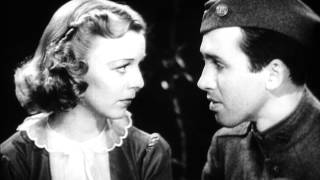 The chemistry that Margaret Sullavan and James Stewart would lift to exquisite heights in The Shop Around the Corner is on earlier display in this tender romance scripted by Waldo Salt (Midnight Cowboy, Coming Home). Sullavan portrays Daisy Heath, a Broadway songbird who knows too much about life. Texas doughboy Bill Pettigrew (Stewart) knows little, except that he'll soon be shipped overseas to the World War I trenches. And that he's been crazy in love with Daisy ever since they shared a taxi. Increasingly charmed by Bill's heartfelt devotion and hoping to give him something to look forward to while he's risking death over there, Daisy agrees to marry him. But there's something about her Bill doesn't know... .

This Hollywood gem faithfully follows the original story by Dana Burnet, which appeared 20 years earlier in The Saturday Evening Post. This remake of the 1928 version stars Jimmy Stewart in the role originated by Gary Cooper in the first film that was made for Paramount. Stewart plays Private Bill Pettigrew, a Texas rookie, who is en route to fight in France when he runs into a comely Broadway actress named Daisy Heath, who is already spoken for. The actress ends up driving the young man to his base camp in her limousine and falls for him along the way. Margaret Sullivan turns in a powerful performance as the torn Daisy. She maintains sympathy throughout as she struggles to break her engagement to her fiancé Sam Bailey (Walter Pidgeon), and imagine a life in the arms of her unsophisticated but earnest soldier. James Stewart shows flashes of the undaunted goodness he perfects in later roles. H.C. Potter directs a kind, jovial credible drama and Walter Pidgeon is perfect as the socially adroit but ultimately powerless man who could lose his girl to circumstances beyond his control.

The Good Fairy
$19
Add to Cart