Living Blues: "'Love Like This' is a killer lead-off song perfect to blast out of open car windows. 'Superman' features a basic catchy groove." 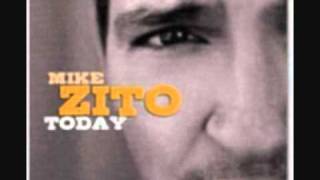 Mike Zito-Slow It Down (Music Video) 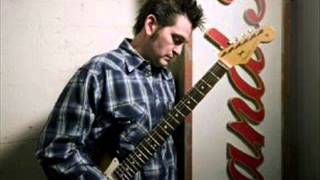 Living Blues - p.72
"'Love Like This' is a killer lead-off song perfect to blast out of open car windows. 'Superman' features a basic catchy groove."

Personnel: Mike Zito (vocals, guitar); Mitch Kashmar (harmonica); Joe Sublett (saxophone); Darrell Leonard (trumpet); Benmont Tench (keyboards); James "Hutch" Hutchinson (bass guitar); Tony Braunagel (drums); Cece Bullard, Teresa James (background vocals).
Audio Mixer: David Z. .
Liner Note Author: Mike Zito.
Recording information: LA-FX Studios.
Photographer: Joshua Temkin.
Mike Zito is a rocker at heart, influenced by his AOR heroes and the music he grew up with living from St. Louis to Texas. There's a distinct blues element present on this, his fifth CD, but it is subsumed by the Southern-style rock & roll songs he has developed and refined. Playing tunes that define his life, Zito's music needs little explanation or embellishment -- he's as straightforward as they come, with no punches pulled. He's prone to get funky on occasion, or go into acoustic unplugged mode, but for the most part, he sticks to tried-and-true upbeat rock songs such as "Love Like This" and "Universe," which define where he's at. The autobiographical "Time To Go Home" seems to show that as much as he loves this life, he's quite able to leave it behind and head for the shed. A tough yet soulful singer, Zito's guitar playing is not all that remarkable, but he gets the job done, and occasionally reflects Wes Montgomery's chords and stingers. What makes this recording a cut above is the excellent backing bands he mixes and matches, including keyboardist Benmont Tench, backup vocalists Theresa James or CeCe Bullard, bassist Hutch Hutchinson, drummer Tony Braunagel, and horn players Joe Sublett and Darrell Leonard, all pulled together by executive producer Randy Chortkoff. While there's a consistency within the repeated same thing, Zito's got a world of potential, and he's just scratching the surface. ~ Michael G. Nastos