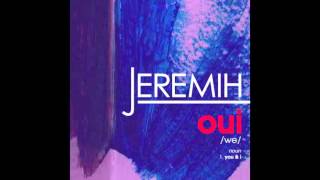 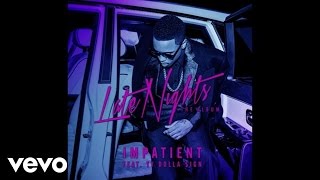 Pitchfork (Website) - "LATE NIGHT's guiding principle is space -- for his weightless upper register to float, and for the album's barely-there production to echo off itself."

The great magnitude of Jeremih's extracurricular successes, combined with slips the singer pinned on himself and his label, made the five-year separation between All About You and Late Nights: The Album an odd one. Jeremih wasn't inactive between his second and third proper albums. He accessorized Top Ten R&B/Hip-Hop singles headlined by Wale, Meek Mill, DJ Khaled, and Natalie La Rose. Late Nights with Jeremih and a collaborative EP with Shlohmo, released as free downloads, went over well. In 2014, "Don't Tell 'Em" -- a bleeping, Snap!-interpolating collaboration with DJ Mustard -- went double platinum without a video to promote it, and it was followed in 2015 by the spacious, salacious "Planes," another platinum hit. All the while, Jeremih disowned his earlier smashes, and elusive album three was repeatedly delayed. And then, in December 2015, Late Nights: The Album suddenly appeared. As late as three days prior to its release, there was no mention of it on any of Jeremih's social media accounts, which were seemingly misaligned, their header images pushing different singles. Despite the winding path that led to it, Late Nights is together, neither tentative nor overcooked. It's apparently truer to Jeremih's vision than his first two albums, though only the most attentive listening reveals an artist with more dimensions -- or more vocal ability -- than the one who sang "Birthday Sex" and "Down on Me." His approach remains mostly about sly and stoned hooks, and the subject matter largely sticks to getting laid and high, typically in explicit and uninventive form, with only small traces of the "church feeling" he has said he can supply. Even if he sang lines like "When you put that ass on my face, feel like I'm 'bout to drown" in his falsetto with maximum conviction, there would be no mistaking him for Philip Bailey. Somewhat surprisingly, Mick Schultz, who was involved in the entirety of the first two albums, is credited as co-composer of only three cuts here -- including "Don't Tell 'Em" -- and the succession of guest artists is so long that it becomes disruptive. Jeremih nonetheless delivers enough slightly quavering, somewhat vulnerable sounding NC-17 and X-rated lines to keep ears perked. ~ Andy Kellman