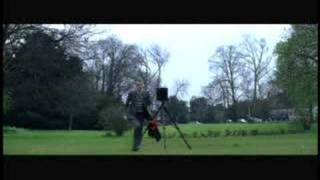 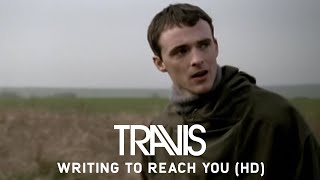 Travis: Fran Healy, Dougie, Andy, Neil.
Additional personnel includes: Sarah Wilson (cello).
Engineers include: Gerard Navarro.
After a debut album that presented Travis as mostly cheerful Brit-poppers and had a clear, crisp Steve Lillywhite production, the band changed things up on their second album, The Man Who. The foursome turned to Radiohead and Beck producer Nigel Goodrich to give their sound some depth while also writing a batch of songs that delved deeply into melancholy and sadness. So much so that when the record label first heard the results, they sent the band back into the studio to write some more upbeat tunes. Songwriter Fran Healy responded with "Driftwood," a seriously catchy song that nobody would dare call cheerful. The dourness and gloom of the songs is a perfect fit for the richly spacious production Goodrich brings to the table and Healy's majestically crooned vocals. He has pipes and range enough to fill a stadium or whisper in the listeners' ear just as convincingly. The band proves skilled at crafting big, echoing songs that never lapse into pomposity and can be taken down to low volumes and not lose any intensity. "Driftwood" is one stunning example of their blend of quiet tenderness and expansive reach; its acoustic guitar underpinnings, soaring guitar lines, strings, and Healy's heavenly vocals all combine to drive the song deep into the memory. Even more sticky is the band's early career highlight, "Why Does It Always Rain on Me?" It's a jangling, heartbreaking song with a huge chorus, beautiful strings, subtle production, and truly lovely vocals. These two tracks are hard to match, but much of the album comes close. "The Fear" is rambling, loosely played, dark pop that conjures up vintage Van Morrison, "She's So Strange" is a lilting Beatlesque ballad with nice vocal harmonies, and "Writing to Reach You," with its rollicking tempo and fiery guitar leads, almost rocks in context. Only "Turn" strays a bit too far into overwrought territory and sounds out of place among the other quietly melancholic and blue songs. The band and Goodrich work hard to create a mood and apart from that one song -- and the much heavier "Blue Flashing Lights" that the band added as a secret track -- it remains unbroken and a heavy gloom lingers over the songs, which gives the soft melodies and sympathetic performances some real weight. The Man Who is a career-defining record for Travis, setting a course for their brand of medium drama guitar pop and trumpeting Fran Healy as one of the great voices of early-2000s British pop. ~ Tim Sendra

Spoon
Everything Hits At Once: The Best Of Spoon
$14.60
Add to Cart

Travis
Everything at Once [Deluxe Ed.]
$46
Add to Cart