A tale of courage and camaraderie featuring an all-female credited cast. Margaret Sullavan portrays an overworked head nurse guiding an inexperienced staff of civilian volunteers: a burlesque queen, a waitress, a Southern belle, a socialite and more. 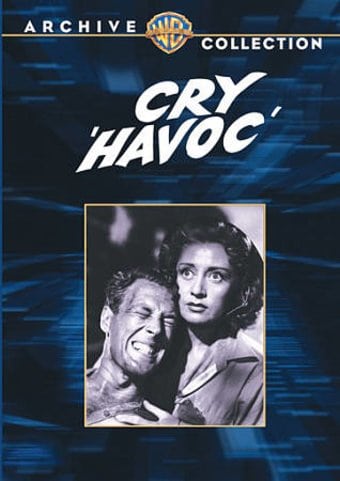 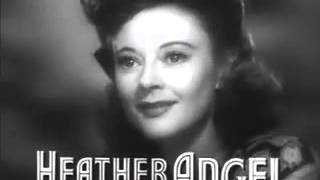 The priorities are clear for Army nurses on Bataan Peninsula in 1942. Take your quinine, malaria is rampant. Make do, supplies will not arrive. Stay strong, despite the overwhelming odds. The nation was shaken by the plight of U.S. and Filipino forces in the early days of America's World War II involvement, and Hollywood responded with three powerful 1943 films about that conflict: Bataan, So Proudly We Hail! and Cry Havoc, a tale of courage and camaraderie featuring an all-female credited cast. Margaret Sullavan portrays the overworked head nurse guiding an inexperienced staff of civilian volunteers: a burlesque queen (Joan Blondell), a waitress (Ann Sothern), a Southern belle, a socialite and more - all heroes.

Allen R. Kerward's flagwaving stage play Proof thro' the Night was vastly improved in its screen adaptation, which was retitled CRY HAVOC. Margaret Sullavan (making her first screen appearance in two years), Joan Blondell and Ann Southern are among the appropriately deglamorized actresses playing Red Cross nurses caught up in the Pacific War. As the Japanese army forces most of the American troops to retreat from Bataan, the nurses remain, tending to the miserable wretches left behind to defend a defenseless post. This atypical MGM production is far more successful in depicting the plight of courageous women trapped behind enemy lines than was Paramount's over-touted SO PROUDLY WE HAIL (and the acting was better to boot). Among the very few male characters in CRY HAVOC is young bit player Robert Mitchum, appearing briefly as a mortally wounded soldier.

War | Women
This product is made-on-demand by the manufacturer using DVD-R recordable media. Almost all DVD players can play DVD-Rs (except for some older models made before 2000) - please consult your owner's manual for formats compatible with your player. These DVD-Rs may not play on all computers or DVD player/recorders. To address this, the manufacturer recommends viewing this product on a DVD player that does not have recording capability.