A heartfelt romantic drama of an American who becomes the bride of a handsome British aristocrat only to see him march off to the Great War and never return. Years later the past threatens to repeat itself when her son enlists to fight the Nazis. 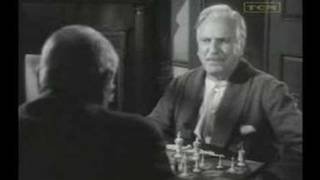 Susan Ashwood (Irene Dunne) lost her husband to one war. Will she lose her son to another? Radiating elegance and warmth, Dunne gives "one of her finest performances" (The Movie Guide) in this heartfelt romantic drama as an American who becomes the bride of a handsome British aristocrat (Alan Marshal), only to see him march off to the Great War and never return. Years later, England plunges into World War II...and the past threatens to repeat itself when Susan's son (Peter Lawford) enlists to fight the Nazis. A Who's Who of '40s stars from Van Johnson to Elizabeth Taylor (just before her breakthrough role in National Velvet) lend sterling support to an inspiring story of one woman braving the tragedy of war.

This sentimental tale of one woman's unwavering courage in the face of two world wars was inspired by the poem of the same name by Alice Duer Miller. Filmed during WWII, THE WHITE CLIFFS OF DOVER serves as a classic studio treatment of pro-British sentiment and America's own honorable part in the war. Irene Dunne stars as Susan Dunn Ashwood, an American who traveled to England in 1914 with her father as a young woman and met and fell in love with Sir John Ashwood (Alan Marshal), a wealthy British aristocrat. Susan's life in England is told in a series of nostalgic flashbacks as she looks back on her past trials and tribulations. Her passionate love for her new husband was cut short by the onset of WWI; despite his courage and bravery, he died on the battlefield, and Susan was left to bear and raise their young son alone. Young John Ashwood II (played as a child by Roddy McDowall and as a young man by Peter Lawford) is a courageous young descendant of his honorable father, and as the Second World War threatens, he begins his own tour of duty. Susan is a Red Cross employee who must service young wounded soldiers and is soon devastated to find her own son among those hurt in battle, leading to a heartbreaking scene of loss and patriotism. This wartime tale of terrific hardship and bravery was shot with great attention to detail. In order to make the British surroundings authentic, MGM hired British major Cyril Seys Ramsey Hill as a technical adviser. The ever-able Clarence Brown directed a stellar cast that also featured a very early performance from Elizabeth Taylor.

An American girl goes to England with her father and marries an English baronet who dies in World War I. She bears a son whose own tour of duty begins with World War II. Academy Award Nominations: Best (Black-and-White) Cinematography.

Family Interaction | Romance | War
This product is made-on-demand by the manufacturer using DVD-R recordable media. Almost all DVD players can play DVD-Rs (except for some older models made before 2000) - please consult your owner's manual for formats compatible with your player. These DVD-Rs may not play on all computers or DVD player/recorders. To address this, the manufacturer recommends viewing this product on a DVD player that does not have recording capability.