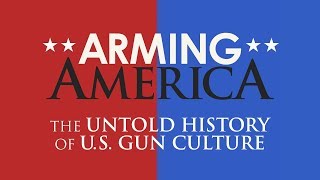 This is the real story of how America became armed, the story of America's first Silicon Valley, the Connecticut Valley of the mid-19th century. It is the story of the Founding Fathers of America's gun industry: Samuel Colt, Oliver Winchester, Eliphalet Remington, Horace Smith, and Daniel Wesson, as well as a congery of lesser-known American gun innovators.