Do you believe in parallel universes? 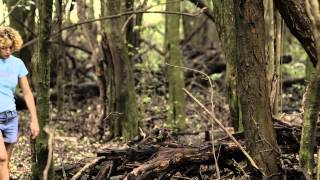 Based on James M. Cain's novel about an attractive young woman in the Nevada silver mining region in the 1930's who uses her alluring sensual qualities to manipulate the men in her life. Her seductive propensities are even extended to her father.

Jess Tyler, a staunchly religious silver miner, has been left alone out in the desert to guard an all-but-depleted mine. His dreary life is livened up considerably by the arrival of his long-lost daughter, Kady. The less-than-innocent young woman has an ulterior motive in locating her father: she wants him to reopen the silver mine and help her exact revenge on the mine's owner, a spoiled rich kid who impregnated and abandoned her. Initially resistant to Kady's charms, Tyler eventually succumbs, and their incestuous affair leads to murder and betrayal in this steamy adaptation of the James M. Cain novel.