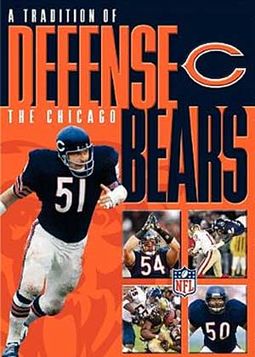 Bears have a hallowed place in the animal world due to their frightening status as some of the world's biggest predators, and their NFL counterparts, the Chicago Bears, have earned equal respect for their ferocious defense. This two-volume documentary chronicles the team's strongest defensive players, including Red "Galloping Ghost" Grange, Dick Butkus, Mike Singletary, and Brian Urlacher. A TRADITION OF DEFENSE: THE CHICAGO BEARS highlights the navy-and-orange-clad careers of 11 bold, beastly players who struck fear in the hearts of their opponents.

43%off
NFL Greatest Follies: The Classics
$3.98 on Sale
Add to Cart

43%off
The Leaders: Breaking Racial Barriers in the NFL
$3.98 on Sale
Add to Cart