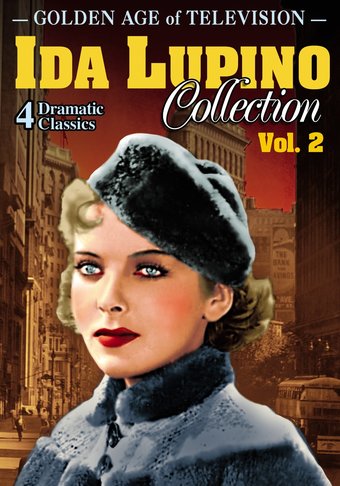 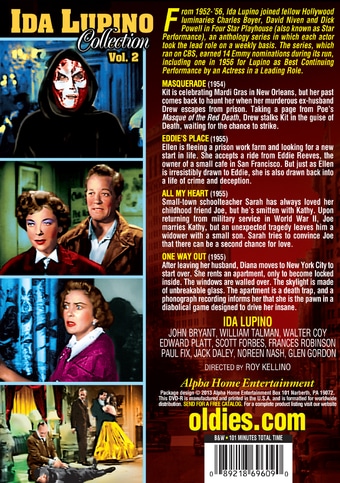 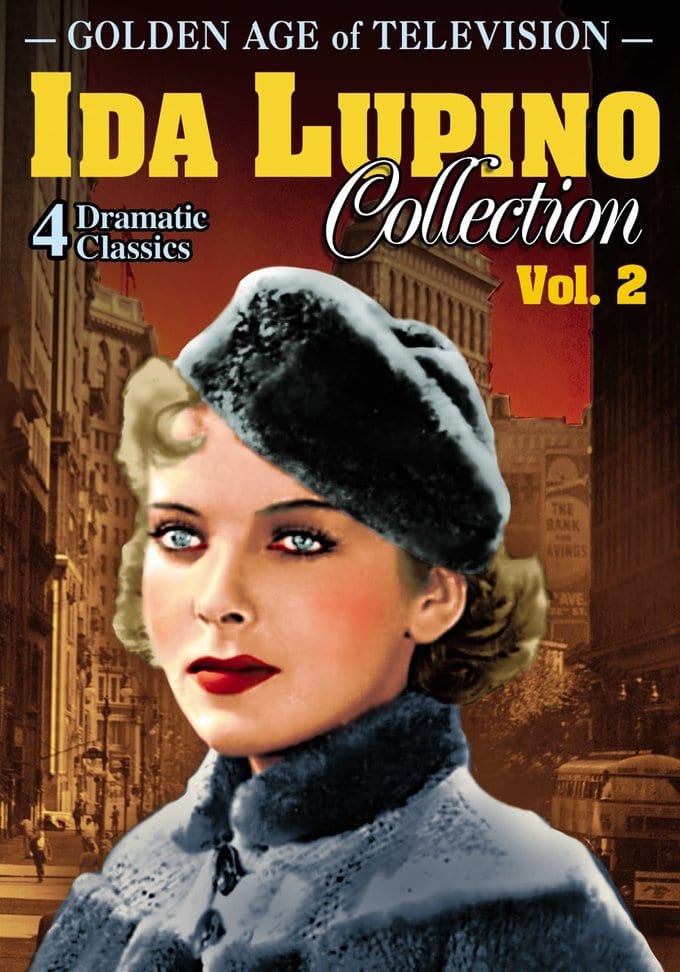 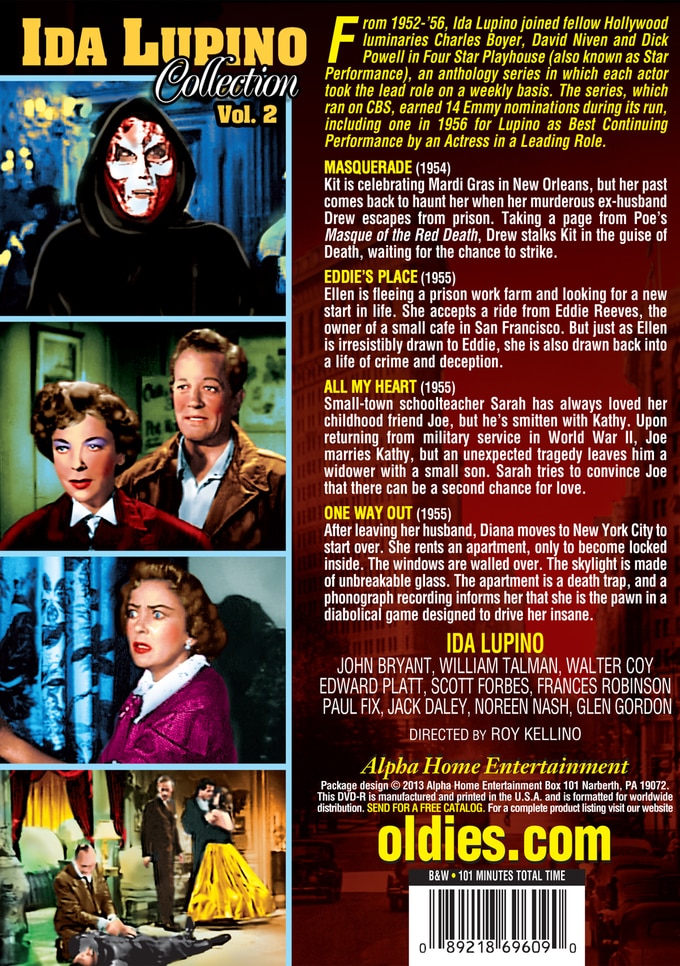 From 1952-'56, Ida Lupino joined fellow Hollywood luminaries Charles Boyer, David Niven and Dick Powell in Four Star Playhouse (also known as Star Performance), an anthology series in which each actor took the lead role on a weekly basis. The series, which ran on CBS, earned 14 Emmy nominations during its run, including one in 1956 for Lupino as Best Continuing Performance by an Actress in a Leading Role.

Masquerade (1954): Kit is celebrating Mardi Gras in New Orleans, but her past comes back to haunt her when her murderous ex-husband Drew escapes from prison. Taking a page from Poe's Masque of the Red Death, Drew stalks Kit in the guise of Death, waiting for the chance to strike.

Eddie's Place (1955): Ellen is fleeing a prison work farm and looking for a new start in life. She accepts a ride from Eddie Reeves, the owner of a small cafe in San Francisco. But just as Ellen is irresistibly drawn to Eddie, she is also drawn back into a life of crime and deception.

All My Heart (1955): Small-town schoolteacher Sarah has always loved her childhood friend Joe, but he's smitten with Kathy. Upon returning from military service in World War II, Joe marries Kathy, but an unexpected tragedy leaves him a widower with a small son. Sarah tries to convince Joe that there can be a second chance for love.

One Way Out (1955): After leaving her husband, Diana moves to New York City to start over. She rents an apartment, only to become locked inside. The windows are walled over. The skylight is made of unbreakable glass. The apartment is a death trap, and a phonograph recording informs her that she is the pawn in a diabolical game designed to drive her insane.