The new Marshal of Rawhide plants his identification on a corpse and goes undercover to capture rustlers. 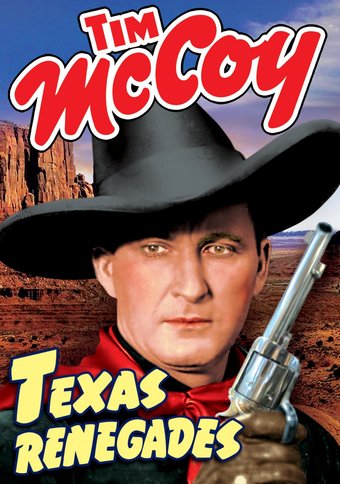 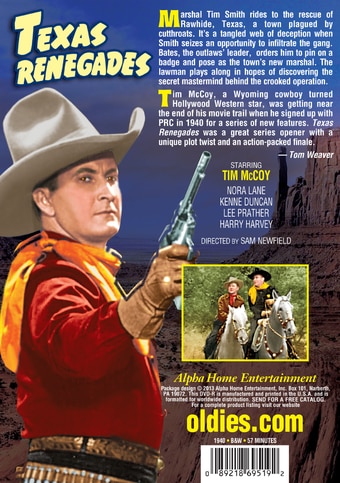 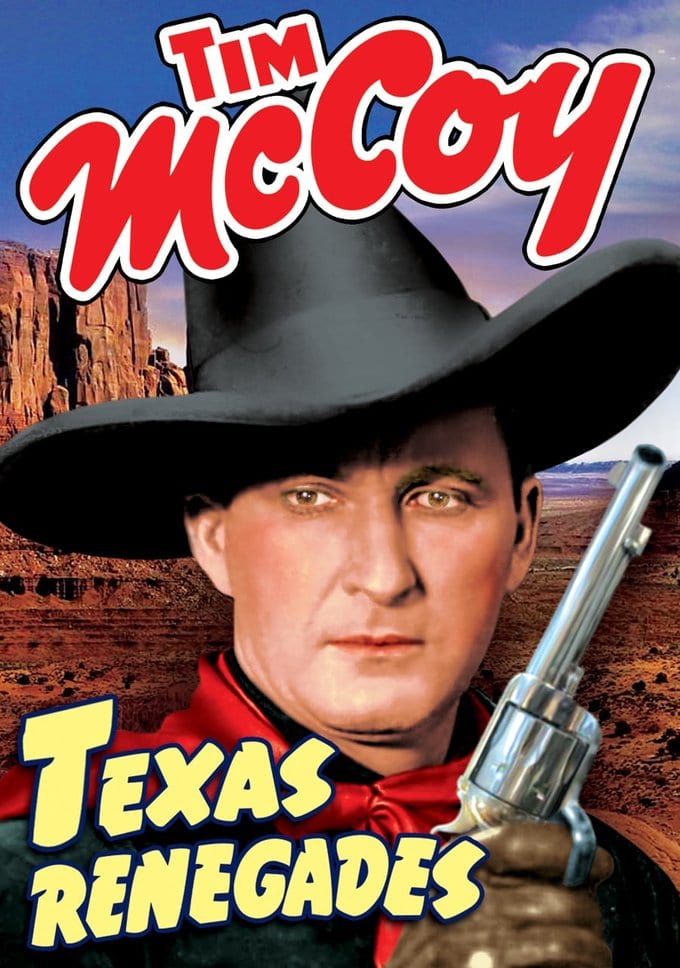 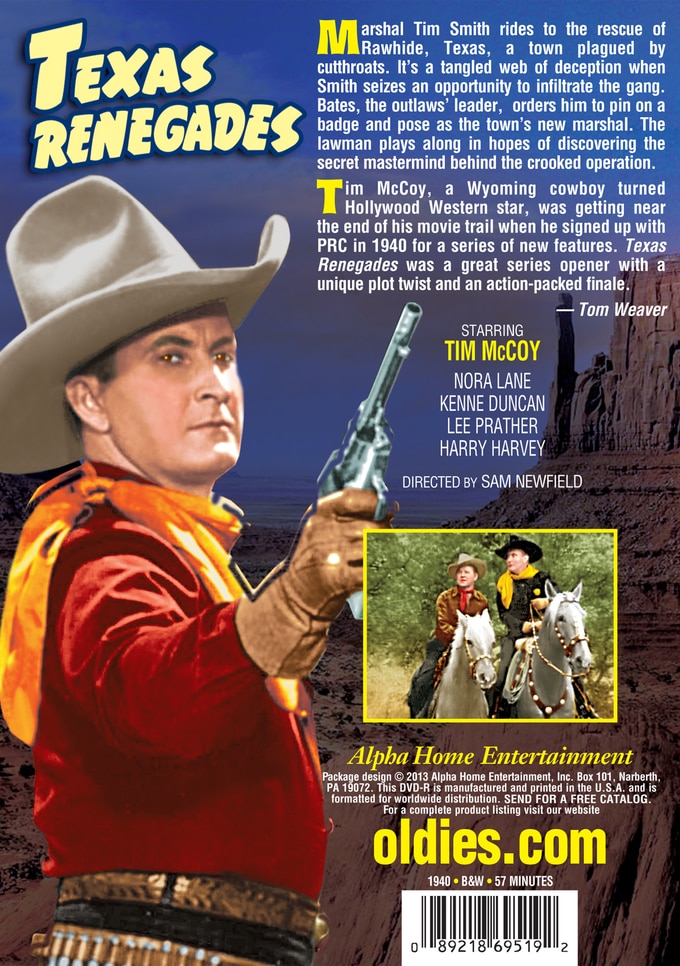 Marshal Tim Smith rides to the rescue of Rawhide, Texas, a town plagued by cutthroats. It's a tangled web of deception when Smith seizes an opportunity to infiltrate the gang. Bates, the outlaws' leader, orders him to pin on a badge and pose as the town's new marshal. The lawman plays along in hopes of discovering the secret mastermind behind the crooked operation.

Tim McCoy, a Wyoming cowboy turned Hollywood Western star, was getting near the end of his movie trail when he signed up with PRC in 1940 for a series of new features. Texas Renegades was a great series opener with a unique plot twist and an action-packed finale.

The first of eight Tim McCoy Westerns for ultra low-budget Producers' Distributing Corp./Producers Releasing Corp., TEXAS RENEGADES features the veteran star as "Silent" Tim Smith, "the greatest lawman of them all." When the good folks of Rawhide find themselves terrorized by a mysterious gang of outlaws, leading citizen Jim Bates (Lee Prather) suggests the forming of a vigilante committee. Bates, however, is opposed by pretty rancher Ruth Brand (Nora Lane) and her foreman, Bill Willis (Kenne Duncan), who secretly sends for Silent and his sidekick, Noisy (Harry Harvey). Hoping to reveal the identity of the brain behind the terror, Silent arrives in the disguise of Lefty Higgins, a notorious outlaw, but things get complicated when the real Higgins (Earl Gunn) suddenly shows up. His cover blown, Silent has a hard time convincing Ruth of his true intentions, but manages in the end to unmask Bates as the secret leader of the outlaws.

Outlaws
This product is made-on-demand by the manufacturer using DVD-R recordable media. Almost all DVD players can play DVD-Rs (except for some older models made before 2000) - please consult your owner's manual for formats compatible with your player. These DVD-Rs may not play on all computers or DVD player/recorders. To address this, the manufacturer recommends viewing this product on a DVD player that does not have recording capability.