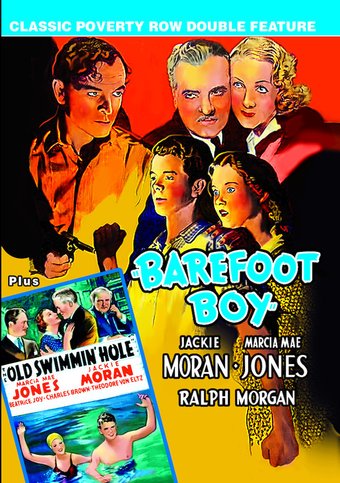 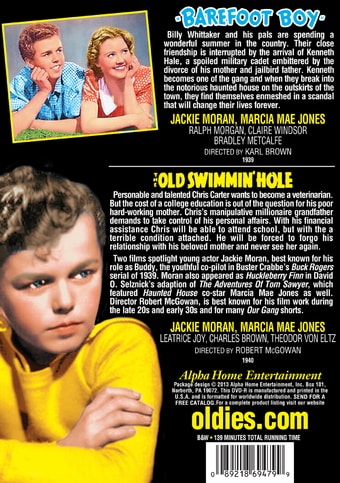 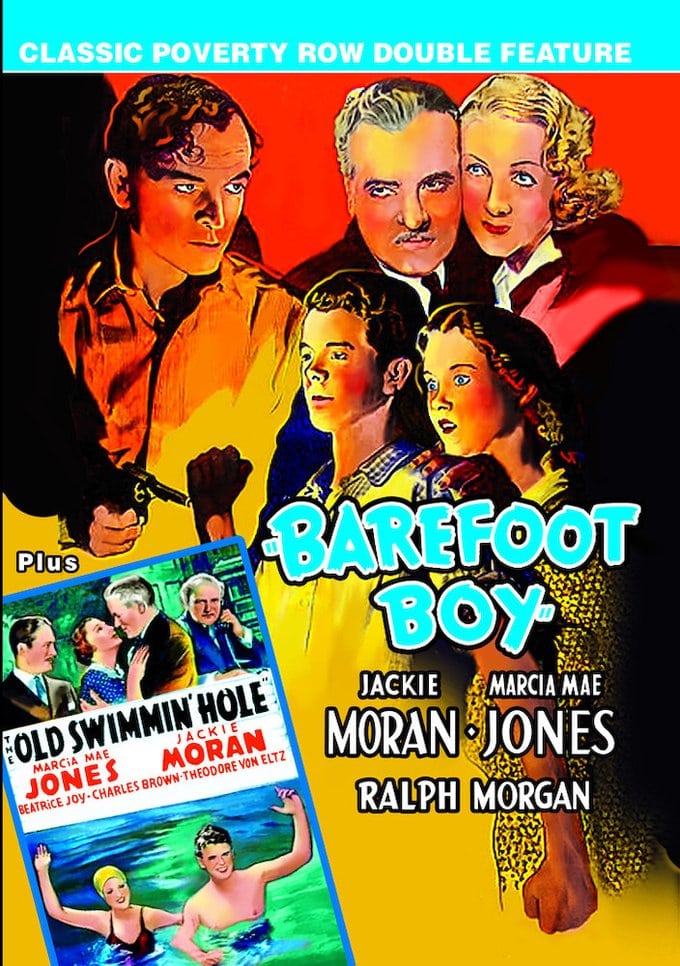 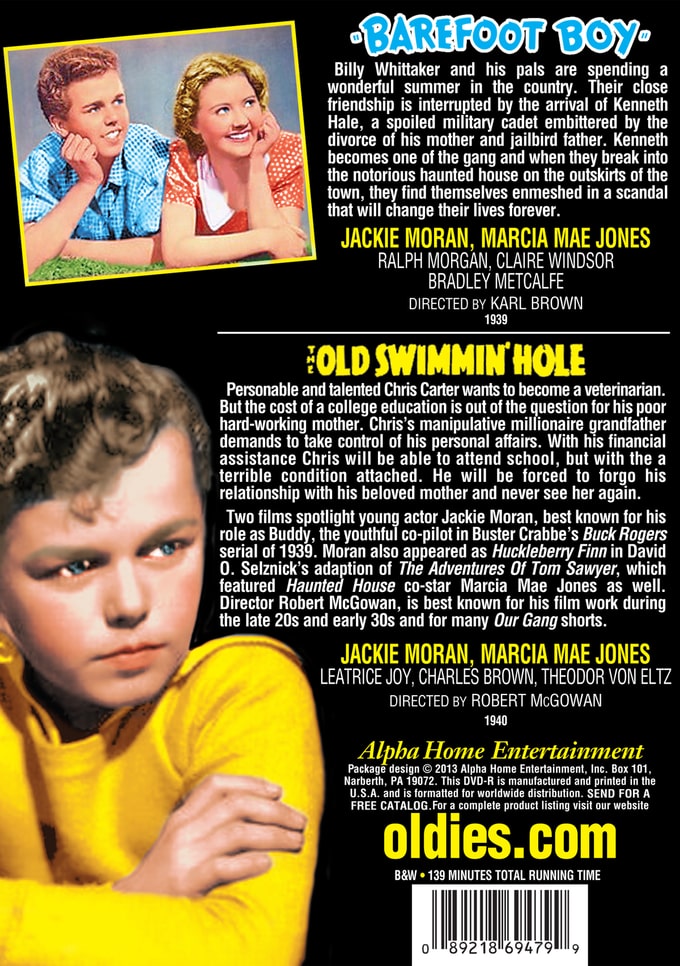 Two films spotlight young actor Jackie Moran, best known for his role as Buddy, the youthful co-pilot in Buster Crabbe's Buck Rogers serial of 1939. Moran also appeared as Huckleberry Finn in David O. Selznick's adaption of The Adventures Of Tom Sawyer, which featured Haunted House co-star Marcia Mae Jones as well. Director Robert McGowan, is best known for his film work during the late 20s and early 30s and for many Our Gang shorts.

Barefoot Boy (1939, B&W): Billy Whittaker and his pals are spending a wonderful summer in the country. Their close friendship is interrupted by the arrival of Kenneth Hale, a spoiled military cadet embittered by the divorce of his mother and jailbird father. Kenneth becomes one of the gang and when they break into the notorious haunted house on the outskirts of the town, they find themselves enmeshed in a scandal that will change their lives forever. Stars Jackie Moran, Marcia Mae Jones, Ralph Morgan, Claire Windsor, Bradley Metcalfe; Directed by Karl Brown.

The Old Swimmin' Hole (1940, B&W): Personable and talented Chris Carter wants to become a veterinarian. But the cost of a college education is out of the question for his poor hard-working mother. Chris's manipulative millionaire grandfather demands to take control of his personal affairs. With his financial assistance Chris will be able to attend school, but with the a terrible condition attached. He will be forced to forgo his relationship with his beloved mother and never see her again. Starring Jackie Moran, Marcia Mae Jones, Leatrice Joy, Charles Brown, Theodor Von Eltz; Directed by Robert McGowan.