Mojo (Publisher): "...a Beatle lucky dip is never less than serendipitous....the Yellow Submarine tracks, throwaways or not, are individual marvels..." 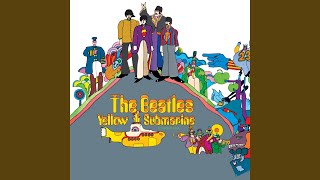 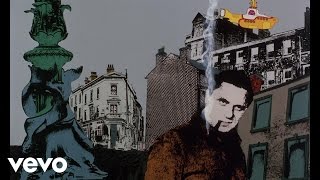 Rolling Stone - 10/28/99, p.106
3.5 stars out of 5 - "...Without the visuals, YELLOW SUBMARINE...essentailly amounts to an overview of the Beatles' psychedelic phase, and, as such, it's entertaining enough..."
Entertainment Weekly - 9/17/99, p.81
"...there's no disputing the enduring charms of these playfully spacey tunes, which add up to a handy distillation of the Fab Four's psychedelic period." - Rating: B+
Q - 11/99, p.142
4 stars out of 5 - "...Songs such as 'Eleanor Rigby' and 'Lucy In The Sky With Diamonds'...stripped down to the crank-case, polished and carefully rebuilt....the music is still wonderful..."
Alternative Press - 12/99, p.106
"...the boys' oddest, most wayward period....Why not another chance to celebrate a modern entertainment wonder that never loses its humanity throughout time and repacking - the Beatles?"
Mojo (Publisher) - 11/99, p.125
"...a Beatle lucky dip is never less than serendipitous....the Yellow Submarine tracks, throwaways or not, are individual marvels..."

The Beatles: John Lennon (vocals, guitar, keyboards); Paul McCartney (vocals, guitar, bass); George Harrison (vocals, guitar); Ringo Starr (vocals, drums).
This reissue of YELLOW SUBMARINE has been digitally re-mastered. It comes packaged with replicated original U.K. album art, an expanded booklet containing original and newly written liner notes, and rare photos. Limited quantities of the CD are embedded with a brief documentary film about the album.
Audio Remasterers: Sean Magee; Sam O'Kell; Steve Rooke; Guy Massey; Paul Hicks.
Liner Note Authors: Mike Heatley; Dan Davis; Kevin Howlett.
Recording information: 05/26/1966-10/23/1968.
Starting out as a sing-a-long vehicle for Ringo Starr on REVOLVER, "Yellow Submarine" became the inspiration for the 1968 animated feature film of the same name. Most of the soundtrack was composed and orchestrated by George Martin, but the remaining six songs were far from being Beatle cast-offs. George Harrison's two contributions, "Only A Northern Song" and "It's All Too Much" mark the adventurously experimental phase the Beatles were in at that time and dabble in woozy psychedelic shadings laced with orchestrations that continued to influence cutting-edge pop artists for decades to come. Along with the aforementioned "Yellow Submarine," other Lennon/McCartney compositions include the good-time, skiffle-flavored "All Together Now," the Lennon-driven rocker "Hey Bulldog," and "All You Need Is Love"--the unofficial flower-power anthem.

25%off
The Beatles
Drum Metal Zipper Pull
$5.98 on Sale
Add to Cart

33%off
The Beatles
Yellow Submarine Car Magnet
$5.98 on Sale
Add to Cart