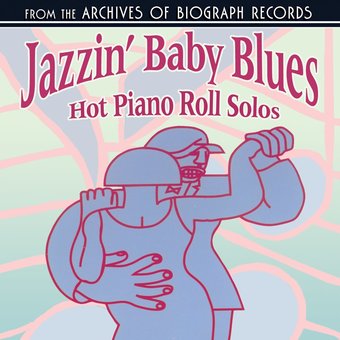 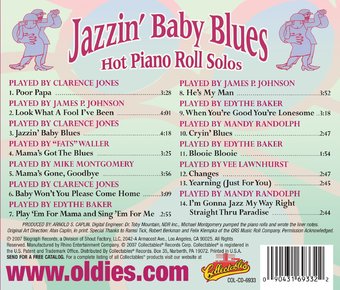 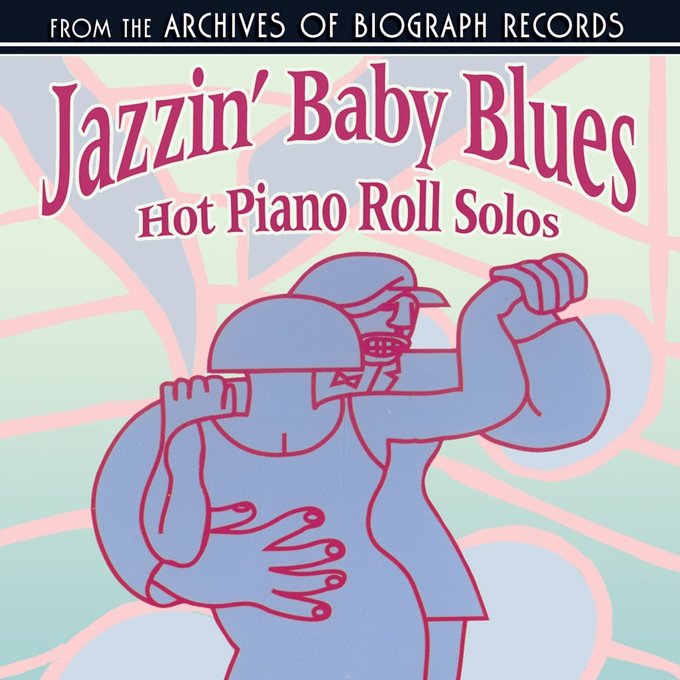 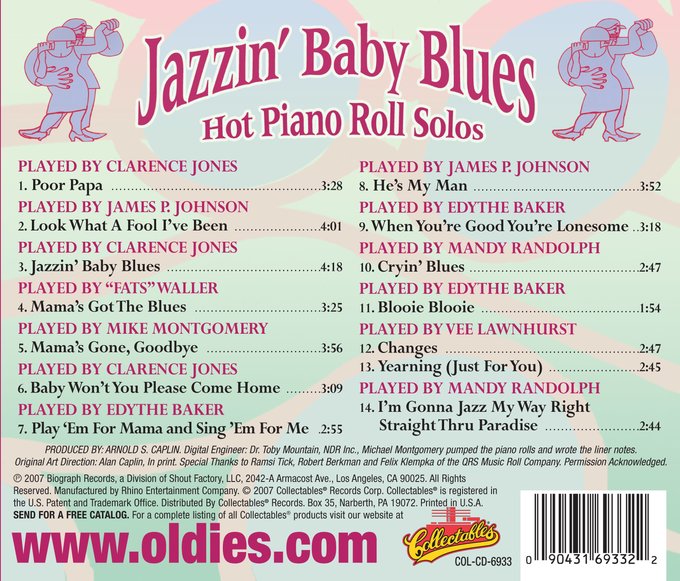 This collection contains rare blues and jazz piano roll solos recorded for the QRS Music Roll Company. Each of the rolls was included on this collection because the title and/or lyrics relate to some aspect of the classic boy-meets-girl scenario. Includes recordings by James P. Johnson, Clarence Jones, "Fats" Waller, Edythe Baker and others. From the archives of Biograph Records.

This is a new recording of piano rolls pumped on a player piano by Michael Montgomery.
Includes liner notes by Michael Montgomery.
The historical progression of mechanically reproduced musical performance essentially began with the piano roll. Of course, most important piano roll music was cut before the advent of the phonograph. By the time the rolls in this collection were cut (mostly in the early '20s), the format had been eclipsed. Apparently not completely, however, as this album demonstrates. One advantage of the piano roll is that it wasn't subject to the primitive recording equipment of the day; listen to a roll cut by James P. Johnson in 1922 on 21st century equipment and you can hear pretty much exactly what he sounded like. This record presents renditions of performances by such formidable musicians as Fats Waller and James P. Johnson, along with several other pianists. And instead of trying to listen through the scratches and distortions of an old 78 rpm acetate, listeners can hear them in all their digitally reproduced glory. It's quite a treat. Even though the sound is immaculate, the honky tonk quotient is high. In compiling this set, the producers chose tunes that conformed to the "boy-meets-girl" scenario. Consequently, there are plenty of oh-baby-why-do-you-treat-me-so-bad potboilers. Listeners hear Waller and Johnson with new ears, and better understand just what made them so great; there is also a chance to hear less-famous talents like the hard-swinging Clarence Jones and the smooth and articulate Edythe Baker. It's an excellent collection and a wonderful way to experience proto-jazz in something very near to its original form. ~ Chris Kelsey

54%off
Earl Hines
Way Down Yonder In New Orleans
$5.98 on Sale
Add to Cart

54%off
The Boilermaker Jazz Band
Don't Give Up The Ship
$5.98 on Sale
Add to Cart

54%off
The Boilermaker Jazz Band
Honky Tonk Town
$5.98 on Sale
Add to Cart