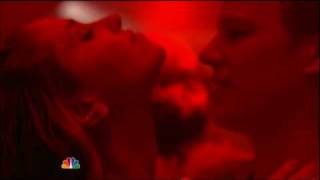 The fictional land of Gilboa looks much like the modern-day United States, but with one crucial difference: the nation is led by an all-powerful monarch. King Silas Benjamin (Ian McShane, DEADWOOD) is no mere figurehead--he wages war with neighboring countries, quickly dispenses with naysayers, and remains determined to extend his sphere of influence at any cost. In season one of KINGS, a soldier ventures into enemy territory and rescues a prisoner of war who turns out to be the king's son; in return for his bravery, Silas invites the young hero into the seat of power, inadvertently involving him in a world of palace intrigue. This collection includes every episode from the 2008-09 season, as well as a reel of never-before-aired scenes.

King Silas Benjamin (Ian McShane) rules the kingdom of Gilboa with steely determination unmatched by any rival. During a tense battle with the neighboring nation of Gath, David Shepherd (Chris Egan), an idealistic young soldier from the countryside, heroically crosses over dangerous enemy lines and rescues a coveted prisoner of war -- the son of the king.
Now, the lives of David and the King will be powerfully intertwined as greed, war, romance, forbidden love and secret alliances threaten to tear apart the kingdom.