A collection of rare silent comedies from the Golden Age of Hollywood. 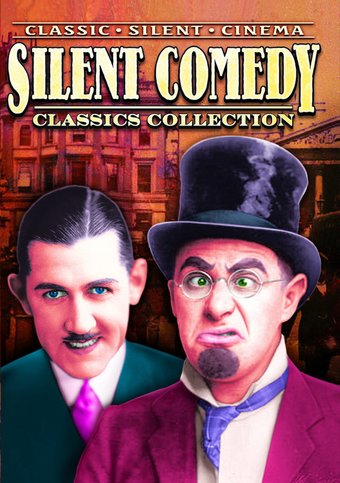 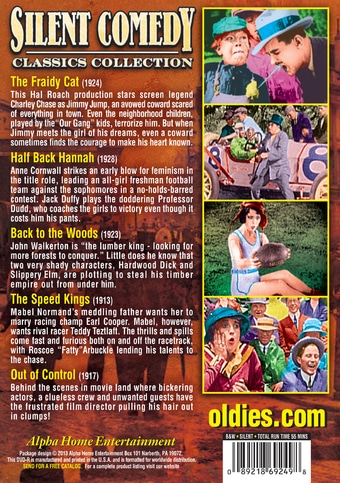 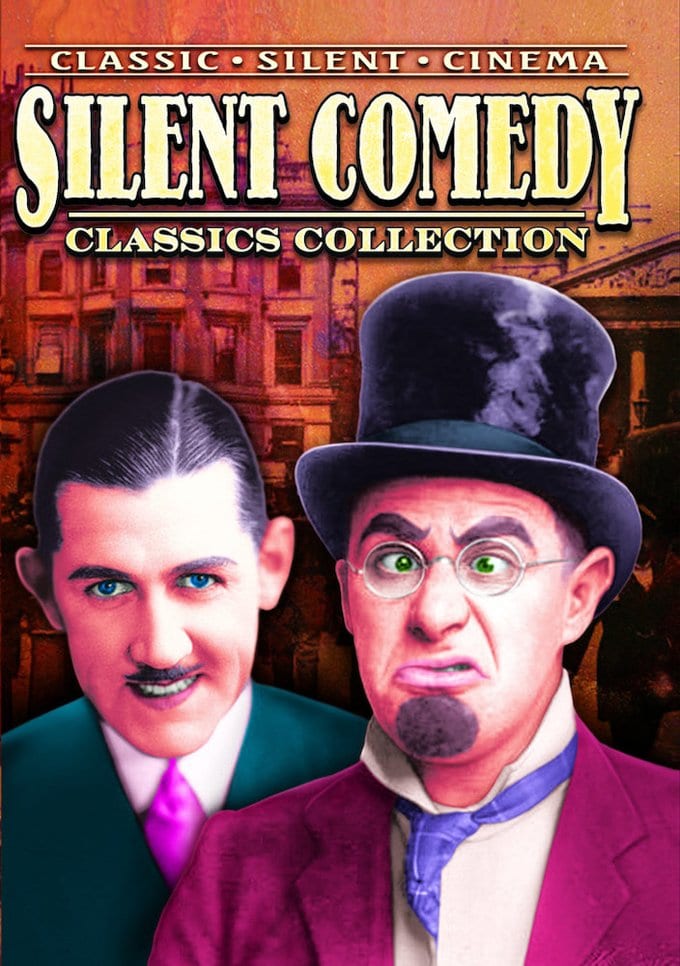 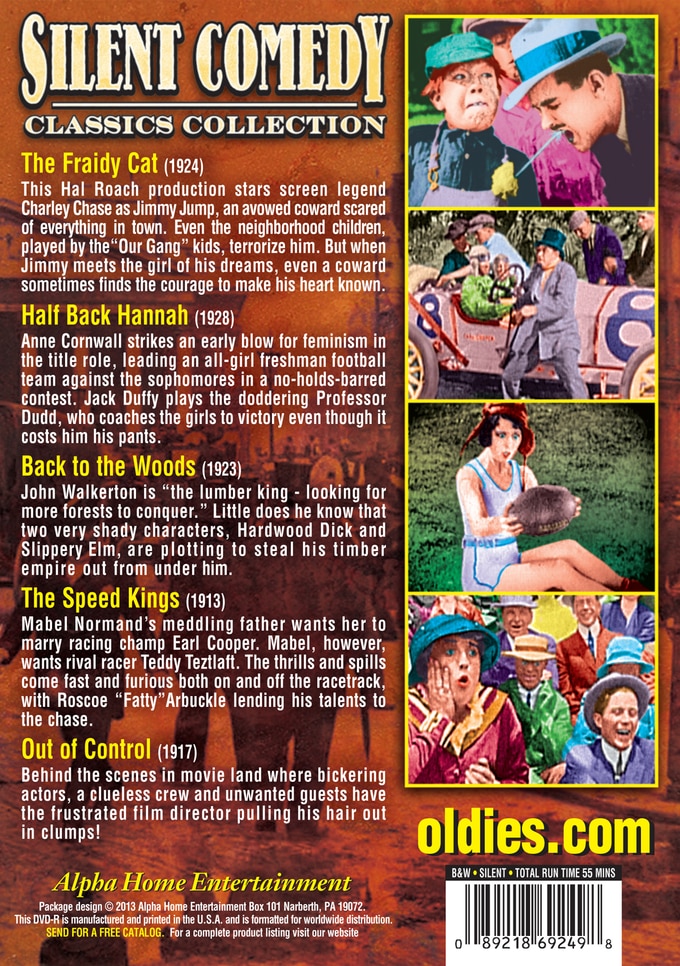 The Fraidy Cat (1924): This Hal Roach production stars screen legend Charley Chase as Jimmy Jump, an avowed coward scared of everything in town. Even the neighborhood children, played by the "Our Gang" kids, terrorize him. But when Jimmy meets the girl of his dreams, even a coward sometimes finds the courage to make his heart known.

Half Back Hannah (1928): Anne Cornwall strikes an early blow for feminism in the title role, leading an all-girl freshman football team against the sophomores in a no-holds-barred contest. Jack Duffy plays the doddering Professor Dudd, who coaches the girls to victory even though it costs him his pants.

Back to the Woods (1923): John Walkerton is "the lumber king - looking for more forests to conquer." Little does he know that two very shady characters, Hardwood Dick and Slippery Elm, are plotting to steal his timber empire out from under him.

The Speed Kings (1913): Mabel Normand's meddling father wants her to marry racing champ Earl Cooper. Mabel, however, wants rival racer Teddy Teztlaft. The thrills and spills come fast and furious both on and off the racetrack, with Roscoe "Fatty" Arbuckle lending his talents to the chase.

Out of Control (1917): Behind the scenes in movie land where bickering actors, a clueless crew and unwanted guests have the frustrated film director pulling his hair out in clumps!