My name is Dylan Hunt. My story begins the day on which I died. Gene Roddenberry, the creator of Star Trek, brings fans another enthralling tale of the future. 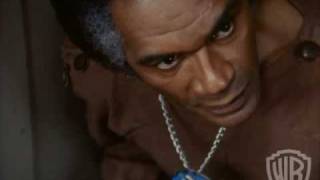 "My name is Dylan Hunt. My story begins the day on which I died." Gene Roddenberry, the creator of Star Trek, brings fans another enthralling tale of the future. Set in a time between now and the era of the starship Enterprise, Genesis II follows Hunt (Alex Cord), who awakes after 154 years of suspended animation into a post-apocalyptic world that's torn between the peace-loving citizens of Pax and the militaristic, mutant Tyranians. Both want Hunt to join their cause. But the Tyranians have two cruel weapons to persuade Hunt: a device of torture called a stim. And an alluring mutant (Mariette Hartley) with two navels... and one ice-cold heart.

On three occasions between 1973 and 1975, STAR TREK producer Gene Roddenberry attempted to launch a new science-fiction series. All three pilot films were predicated on the premise of a modern-day scientist awakening after nearly two centuries in suspended animation. The first of these feature-length pilots was GENESIS 2, which debuted March 23, 1973. Alex Cord stars as Dylan Hunt, who opens his eyes to discover that he now resides in a post-apocalyptic world. He is reluctantly recruited into a resistance movement, aimed at toppling the present despotic regime. The film's "money scene" involved leading lady Lyra-a (Mariette Hartley), who at a crucial plot juncture lifts her blouse to reveal that she has two navels. When GENESIS 2 failed to click as a series, Roddenberry and company tried again with PLANET EARTH (1974); when that didn't sell, the property was reworked as STRANGE NEW WORLD (1975).

Adventure | Rivalry | Science-Fiction | Scientists | Space
This product is made-on-demand by the manufacturer using DVD-R recordable media. Almost all DVD players can play DVD-Rs (except for some older models made before 2000) - please consult your owner's manual for formats compatible with your player. These DVD-Rs may not play on all computers or DVD player/recorders. To address this, the manufacturer recommends viewing this product on a DVD player that does not have recording capability.