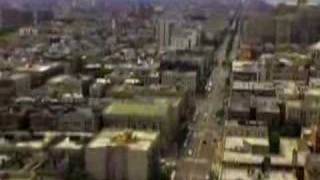 Tango, foxtrot, swing, rumba, and meringue may seem to represent the last vestiges of a dying art to some, but director Marilyn Agrelo proves this is far from true in MAD HOT BALLROOM. Agrelo reveals that the New York City public school system runs a ballroom dance program for fifth graders, in which these former preserves of the adult world are given a new lease on life by some enthusiastic little characters. The film follows students at three schools in the neighborhoods of Tribeca, Bensonhurst, and Washington Heights, with Agrelo training her cameras on the kids' lives both inside and outside of the classroom. The students are united by a zeal for the ballroom dancing lessons, which builds over a 10-week period and culminates in a competition to find the school that has produced the best dancers in the city. As the teachers gently cajole their students to learn the intricacies of the various disciplines, Agrelo intersperses classroom footage with the students' musings on life; many of these reveal a remarkable maturity. Gender and race boundaries disappear as focus on the competition consumes the students' energy, and the teachers are brought to tears as they see their prodigies turning into what one teacher touchingly terms "little ladies and gentlemen." As the pitter-patter of tiny toes scuttles across the ballroom floor in the competition's final stages, it's impossible not to get swept up in the action. One of Agrelo's cameramen is caught grinning in an affectionate, almost paternal manner as he accidentally wanders into the frame while filming. One of 2005's most uplifting slices of cinema, MAD HOT BALLROOM is a joyous, life-affirming experience.

Dance with Me
$6.50 Super Savings
Add to Cart

Akeelah and the Bee
$8.70 Super Savings
Add to Cart