The Tamarind Seed . . . where love grows and passion flowers. 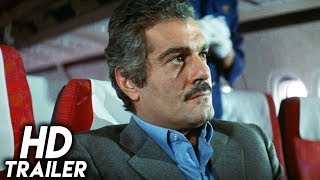 An espionage-romance tale set in London, Paris and the Caribbean. Andrews plays a secretary to the British foreign office while Sharif is the Russian official with whom she falls in love.

Judith Farrow, who works for the British Embassy, has just ended an affair with a married man. To recover emotionally, she decides to vacation in Barbados, where she meets a suave, mysterious Russian named Feodor Sverdlov. Although the two are attracted to each other, Judith is wary of beginning a new relationship -- at first. Matters are further complicated when the pair becomes enmeshed in a deadly web of intrigue involving traitors, spies and defectors, all of which threatens not only their romance, but their lives...