King of the Wild Stallions

$500 reward is a lot of money for a wild stallion everyone calls Lightning. Half the men in town have grabbed ropes and galloped out in hopes of lassoing him. Bucky Morse, is a mere lad who hopes to gentle the horse and claim him as his own. 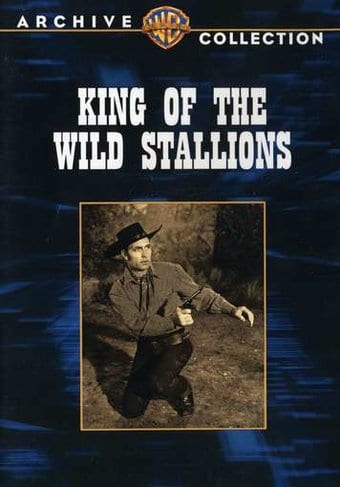 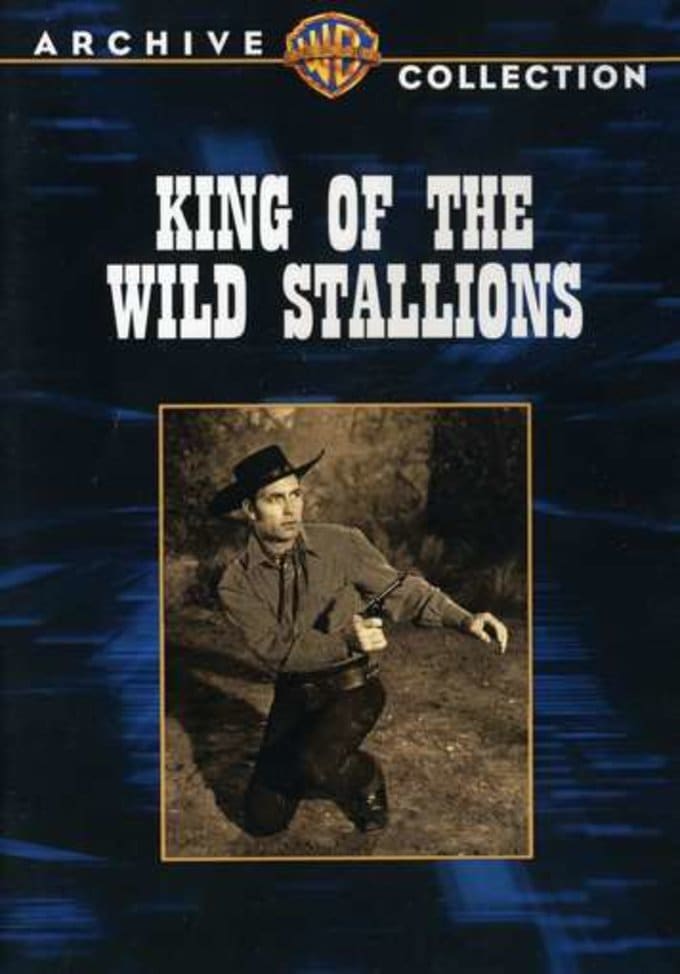 A $500 reward! That's a lot of money for a lot of horse, a wild stallion everyone calls Lightning. Half the men in town have grabbed ropes, saddled their best horses and galloped out to the mesa in hopes of lassoing him. Make that half the men and - secretly - Bucky Morse, a mere shirt-tailed lad who doesn't know about the reward. Assisted by his trusty dog, he hopes to gentle the horse and claim him as his own.

How Bucky's adventure overlaps a crooked cattleman's scheme to grab land leased by the boy's mother forms the heart of a matinee cowboy pic packed with folks who say "tarnation" and "varmint." George Montgomery leads a cast that includes Jerry Hartleben as Bucky. It's all pretty durn good fun!"

An old-fashioned western, KING OF THE WILD STALLIONS features a pretty widow in distress, a handsome foreman who comes to her rescue, and a nasty landowner. Martha (Diane Brewster) is troubled because unless she can come up with $500 she will lose her land to Matt (Emile Meyer), a wealthy cattle rancher. Coincidentally, Matt is offering a $500 reward for the capture of a powerful wild stallion, and anyone who can add knows that Martha has a way out of her dilemma. But at the same time, Martha's son Bucky (Jerry Hartleben) wants to keep the horse if he can catch him. Caught between her son's wishes and losing her land, Martha may have a way out, thanks to Randy (George Montgomery), her ingenious, talented, and good-looking foreman.

Action | Animals | Horses
This product is made-on-demand by the manufacturer using DVD-R recordable media. Almost all DVD players can play DVD-Rs (except for some older models made before 2000) - please consult your owner's manual for formats compatible with your player. These DVD-Rs may not play on all computers or DVD player/recorders. To address this, the manufacturer recommends viewing this product on a DVD player that does not have recording capability.