Sweetheart of the Navy

A young beautiful nightclub owner stages a prize fight to pay off her debts while falling in love with a handsome sailor. 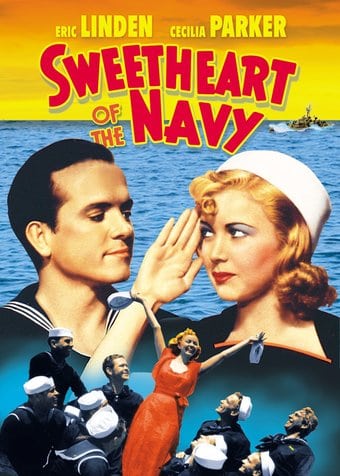 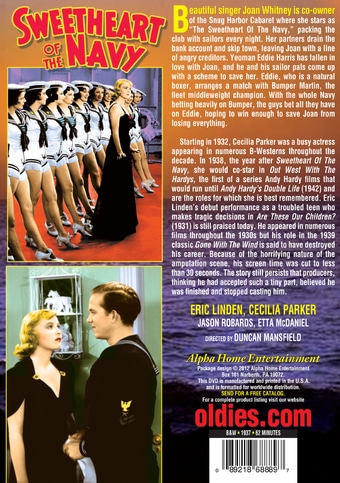 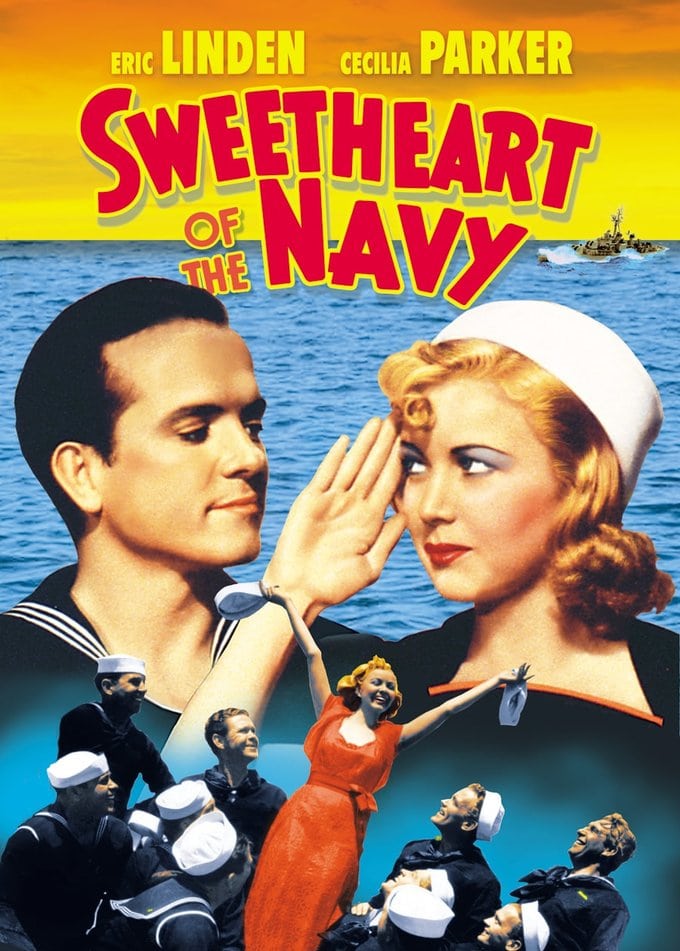 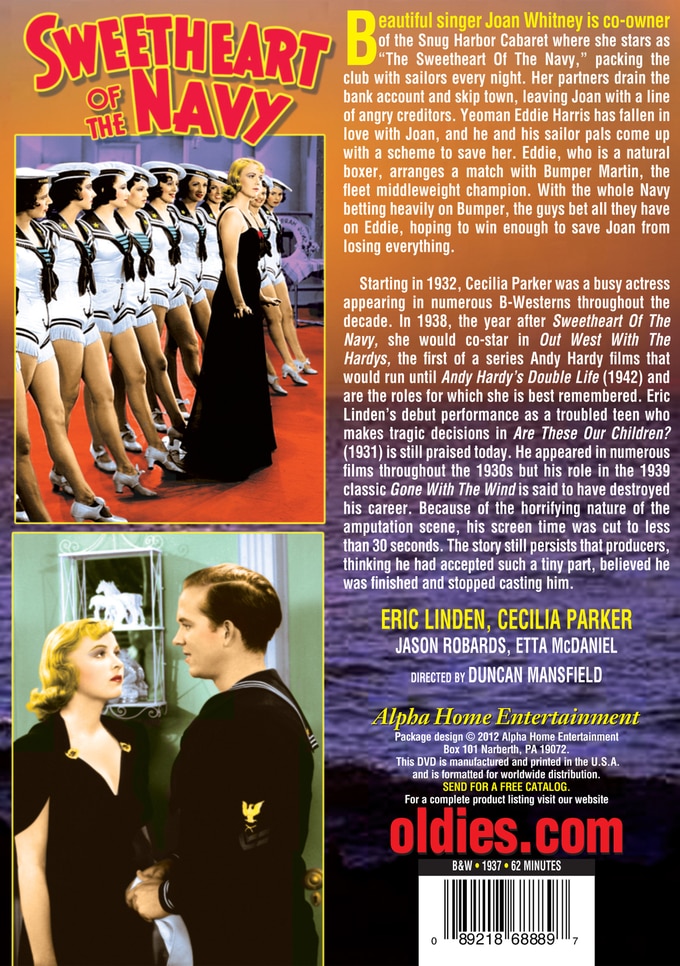 Beautiful singer Joan Whitney is co-owner of the Snug Harbor Cabaret where she stars as "The Sweetheart Of The Navy," packing the club with sailors every night. Her partners drain the bank account and skip town, leaving Joan with a line of angry creditors. Yeoman Eddie Harris has fallen in love with Joan, and he and his sailor pals come up with a scheme to save her. Eddie, who is a natural boxer, arranges a match with Bumper Martin, the fleet middleweight champion. With the whole Navy betting heavily on Bumper, the guys bet all they have on Eddie, hoping to win enough to save Joan from losing everything.

Starting in 1932, Cecilia Parker was a busy actress appearing in numerous B-Westerns throughout the decade. In 1938, the year after Sweetheart Of The Navy, she would co-star in Out West With The Hardys, the first of a series Andy Hardy films that would run until Andy Hardy's Double Life (1942) and are the roles for which she is best remembered. Eric Linden's debut performance as a troubled teen who makes tragic decisions in Are These Our Children? (1931) is still praised today. He appeared in numerous films throughout the 1930s but his role in the 1939 classic Gone With The Wind is said to have destroyed his career. Because of the horrifying nature of the amputation scene, his screen time was cut to less than 30 seconds. The story still persists that producers, thinking he had accepted such a tiny part, believed he was finished and stopped casting him.

A torch singer in trouble gets help from the bell-bottom boys. A funny, romantic, musical splash.

Romance
This product is made-on-demand by the manufacturer using DVD-R recordable media. Almost all DVD players can play DVD-Rs (except for some older models made before 2000) - please consult your owner's manual for formats compatible with your player. These DVD-Rs may not play on all computers or DVD player/recorders. To address this, the manufacturer recommends viewing this product on a DVD player that does not have recording capability.