A righteous railroad engineer refuses to participate in a union strike and he is blackballed from his job. A rarely seen Frank Strayer classic. 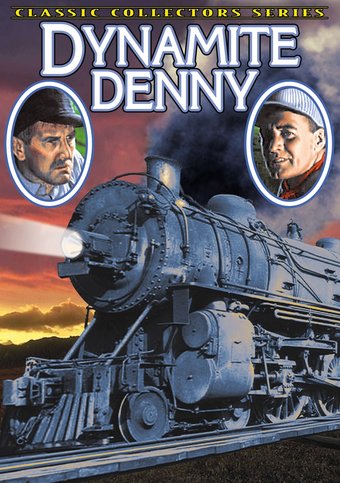 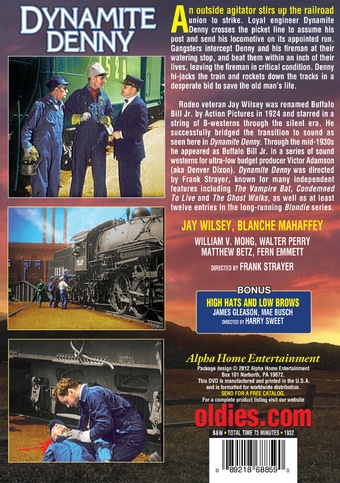 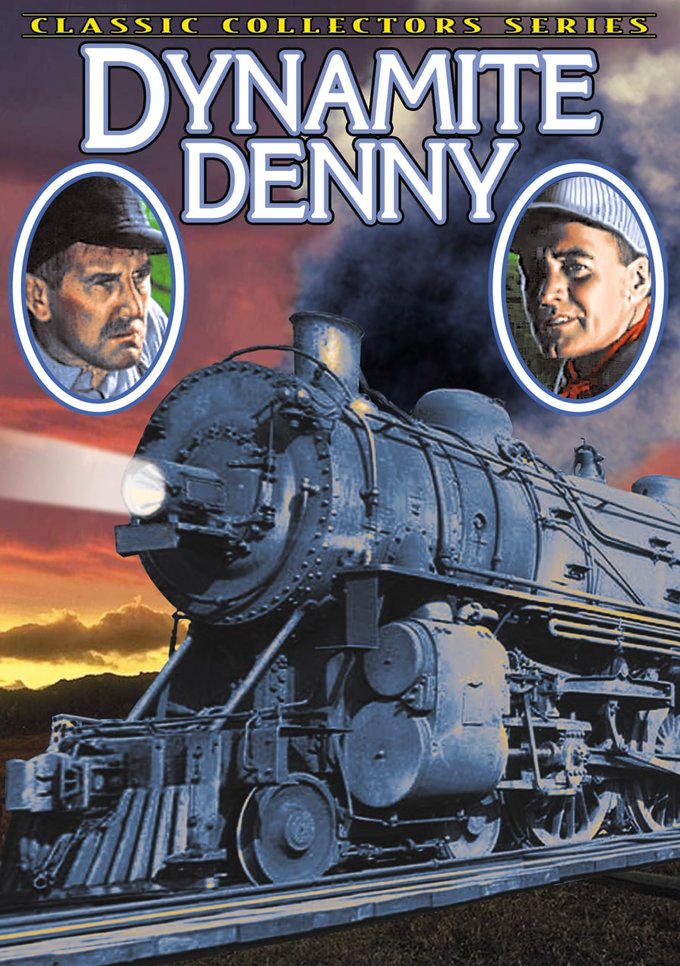 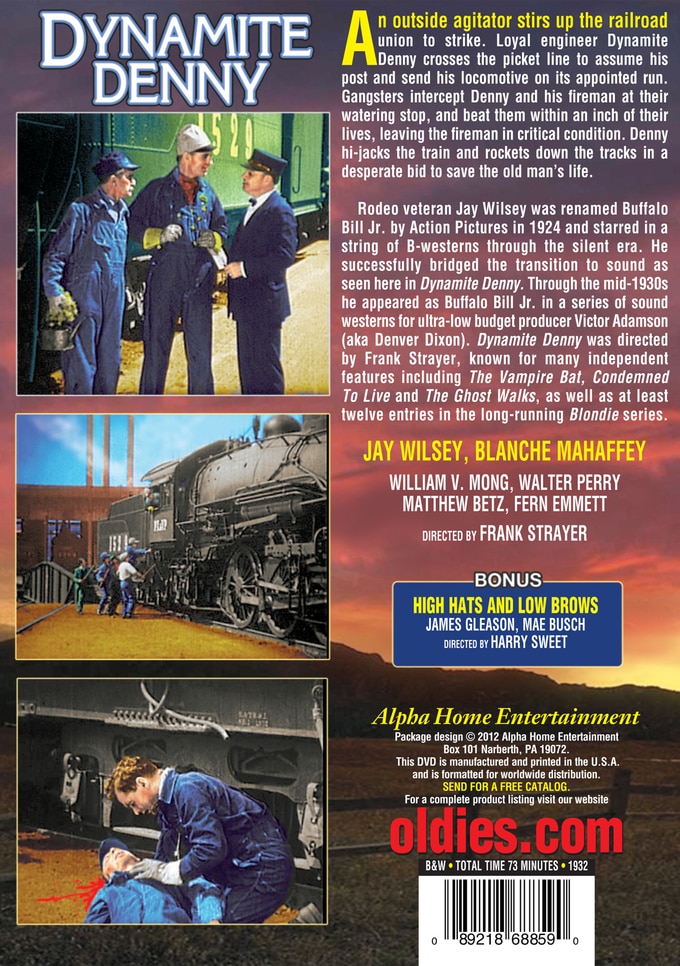 An outside agitator stirs up the railroad union to strike. Loyal engineer Dynamite Denny crosses the picket line to assume his post and send his locomotive on its appointed run. Gangsters intercept Denny and his fireman at their watering stop, and beat them within an inch of their lives, leaving the fireman in critical condition. Denny hi-jacks the train and rockets down the tracks in a desperate bid to save the old man's life.

Rodeo veteran Jay Wilsey was renamed Buffalo Bill Jr. by Action Pictures in 1924 and starred in a string of B-westerns through the silent era. He successfully bridged the transition to sound as seen here in Dynamite Denny. Through the mid-1930s he appeared as Buffalo Bill Jr. in a series of sound westerns for ultra-low budget producer Victor Adamson (aka Denver Dixon). Dynamite Denny was directed by Frank Strayer, known for many independent features including The Vampire Bat, Condemned To Live and The Ghost Walks, as well as at least twelve entries in the long-running "Blondie" series.

Though ordered to walk off his job by his union, Dynamite Denny (Jay Wilsey, aka Buffalo Bill Jr.) loyally remains at his post and is blacklisted as a result. As luck would have it, Denny befriends an itinerant fireman (William V. Mong) -- who turns out to be the chairman of the board of the railroad company, travelling incognito. Our hero lands a better-paying job as a yardmaster then gets back in the good graces of the union by courageously bringing a runaway engine under control. As an ultimate reward, Dynamite Denny wins the hand of the chairman's beautiful daughter (Blanche Mehaffey). The best performance in this slapped-together quickie is delivered by Matthew Betz as a bulldog-visaged union agitator.

Romance | Melodrama | Trains | Railroads | Railway Travel | Love
This product is made-on-demand by the manufacturer using DVD-R recordable media. Almost all DVD players can play DVD-Rs (except for some older models made before 2000) - please consult your owner's manual for formats compatible with your player. These DVD-Rs may not play on all computers or DVD player/recorders. To address this, the manufacturer recommends viewing this product on a DVD player that does not have recording capability.