Cop and a Half PG

One kid's fantasy. One cop's nightmare. 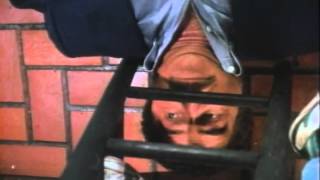 When a pint-sized 8-year-old kid witnesses a murder he offers to help the police--if they make him a cop, too. Saddled with this streetwise sidekick, a hardboiled cop is forced to take his new partner seriously as they race the clock to bring the bad guys to justice.

Devon Butler, a streetwise 8-year old, is about to get a shot at his lifelong dream of becoming a police officer. He's got the authoritative mannerisms down to a science but before Devon can realize his goal he's got to witness a murder, intervene on the victim's behalf and befriend disgruntled detective Nick Mckenna. Provided the youngster can manage it all without getting hurt in the process, his fantasy just might come true.

Angels In the Outfield
$6 Super Savings
Add to Cart