The Lady of the Lake

Based on the legend and poem by Sir Walter Scott, this retelling of the bloodthirsty Irish rebellion is a classic. Plus bonus "Enoch Arden" (1915) directed by D.W. Griffith, based on a poem by Alfred Lord Tennyson. 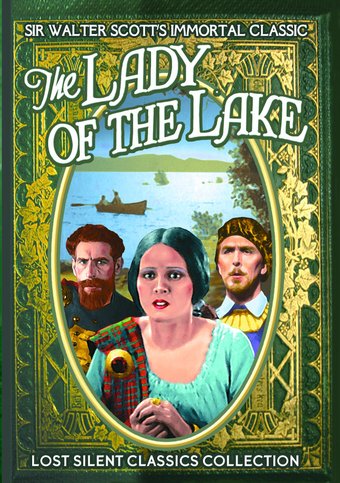 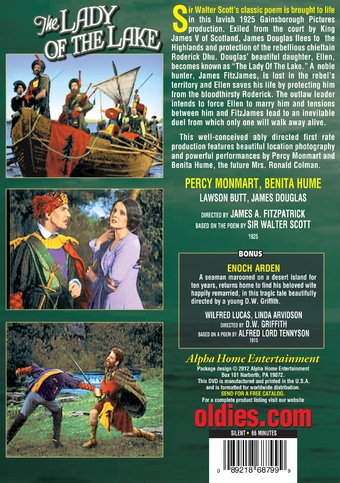 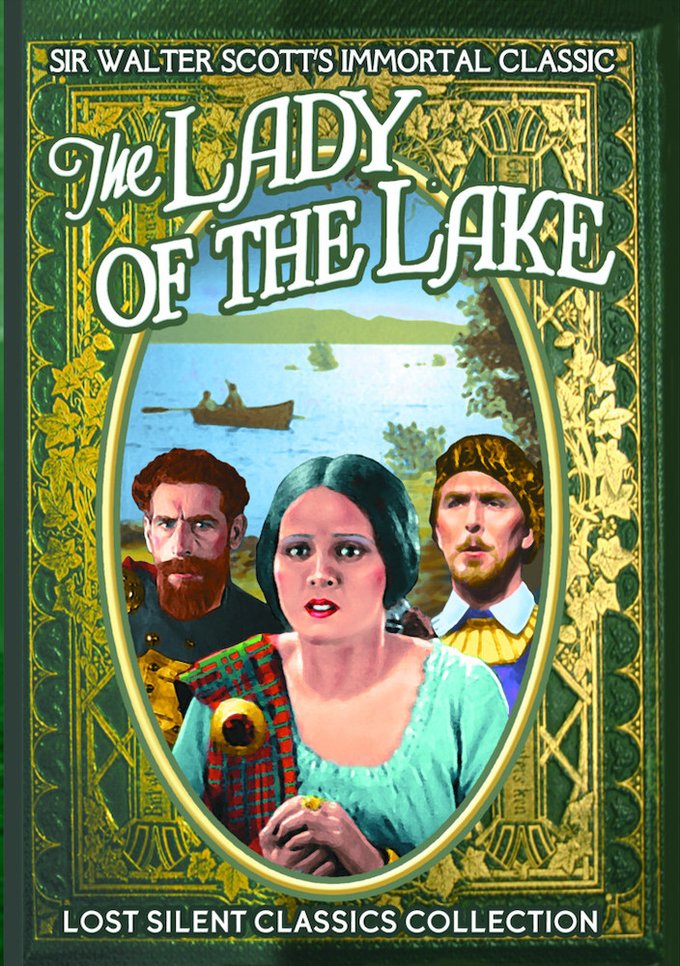 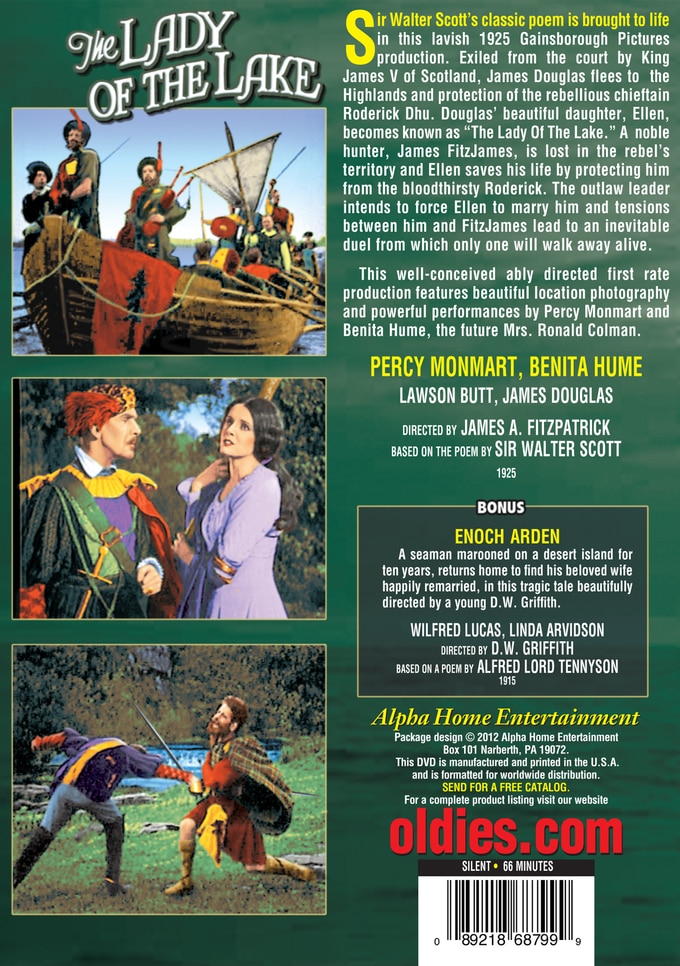 Sir Walter Scott's classic poem is brought to life in this lavish 1925 Gainsborough Pictures production. Exiled from the court by King James V of Scotland, James Douglas flees to the Highlands and protection of the rebellious chieftain Roderick Dhu. Douglas' beautiful daughter, Ellen, becomes known as "The Lady Of The Lake." A noble hunter, James FitzJames, is lost in the rebel's territory and Ellen saves his life by protecting him from the bloodthirsty Roderick. The outlaw leader intends to force Ellen to marry him and tensions between him and FitzJames lead to an inevitable duel from which only one will walk away alive. This well-conceived ably directed first rate production features beautiful location photography and powerful performances by Percy Monmart and Benita Hume, the future Mrs. Ronald Colman.

BONUS: ENOCH ARDEN (1915, B&W): A seaman marooned on a desert island for ten years, returns home to find his beloved wife happily remarried, in this tragic tale beautifully directed by a young D.W. Griffith. Stars Wilfred Lucas, Linda Arvidson;Directed by D.W. Griffith. Based on a poem by Alfred Lord Tennyson.

Per its title, LADY OF THE LAKE was inspired by the Sir Walter Scott poem. The titular lady, played by Benita Hume (later Mrs. Ronald Colman), is exiled from her homeland by royal decree. Though she has every right to be bitter, Hume saves King James V (Percy Marmont) from being killed by bandits. Given the shoddy production values of most British silent films, LADY OF THE LAKE was a work of art by comparison. In 1931, the film was reissued with a new music and sound-effects track. It is this 55-minute version, minus the tacked-on soundtrack, that is most readily available today.

Action | Adventure | Silent | Outlaws | Royalty | Great Britain
This product is made-on-demand by the manufacturer using DVD-R recordable media. Almost all DVD players can play DVD-Rs (except for some older models made before 2000) - please consult your owner's manual for formats compatible with your player. These DVD-Rs may not play on all computers or DVD player/recorders. To address this, the manufacturer recommends viewing this product on a DVD player that does not have recording capability.