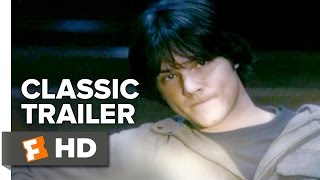 When Owen Matthews (Julian Morris) makes up a fake, very detailed story about a serial killer and e-mails it to all the students at Westlake--which is yet another private school his father (Gary Cole) has sent him off to--he has no idea what he has begun. Soon his fictional murderer, "the Wolf," is sneaking around campus, scaring the students and leaving behind a trail of blood. What started out as a relatively innocent game between a group of friends has now turned real, and Owen seems to be the only one who can stop it. But the deeper he goes, the more he doesn't like what he finds out--until he becomes the ultimate target. Cowriter Jeff Wadlow's feature-film directing debut, CRY WOLF, has chills and thrills around every corner, playing off of contemporary genre clichés to deliver a funny and frightening movie. The last part of the film, especially, is filled with surprise after surprise. Morris is excellent as the new student troublemaker, and Lindy Booth provides good support as Dodger, the leader of the group and a potential love interest for Owen. Musician Jon Bon Jovi stars as a cool journalism teacher, and performance artist Anna Deavere Smith has a cameo as the school's headmistress. The alternapop soundtrack includes songs from Low, 22-20s, Helio Sequence, Cake, and Classic featuring JoJo Pellegrino.