A dentist marries out of spite when his childhood sweetheart is betrothed to his rival. He changes his mind when he discovers his true feelings for his wife. 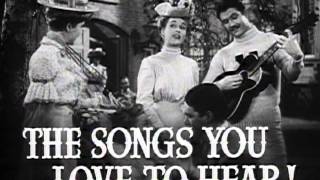 Oscar-winner James Cagney ("Yankee Doodle Dandy," "White Heat") stars as a dentist in turn-of-the-century Brooklyn who marries out of spite when his childhood sweetheart is betrothed to his rival. Believing he married the wrong woman, he changes his mind when he discovers his true feelings for his wife. Outstanding cast includes Oscar-winner Olivia De Havilland ("Gone With the Wind," "The Adventures of Robin Hood") and Rita Hayworth ("Gilda," "You'll Never Get Rich").

Determined to make something of himself, a young man takes a mail-order course in dentistry. Set in the Wild West of the gay 90'S. Academy Award Nominations: Best Socring of a Musical Picture.

A frustrated dentist realizes he's already found true love after he rekindles a flirtation with a past flame.
The sultry Virginia Brush moved into Biff Grimes's neighborhood when he was a young man. The woman caught his eye and the eye of many men in 1890's New York. They quickly gave her the nickname "Strawberry Blonde." Although she warmed to Biff, Virginia brushed him off for another man. So Biff hastily married Amy, the genial nurse down the block.
Years later, the unhappily married Biff again meets Virginia, and must tend to the sore tooth of Hugo Barnstead, the cad who stole Virginia away. Biff plans to get revenge on Hugo and win over the strawberry blonde. In the end, though, Biff discovers his romantic destiny is Amy after all -- the woman who stood by him through heartache as well as triumph.