Henry Fonda plays bookish Prof. Tommy Turner, struggling to get in touch with his man-of-action side during the weekend of the big football game, the arrival of an ex-gridiron star once fancied by his wife, and the threatening loss of his tenure. 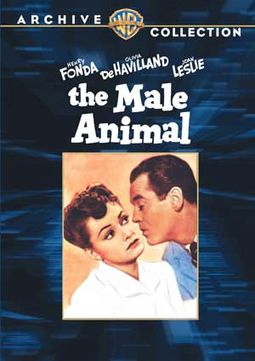 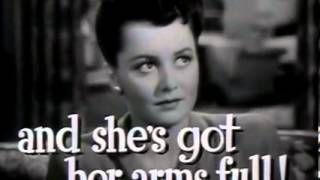 His fangs are bared, his hackles raised, his gin bottle nearly empty. The Male Animal is out of his lair, storming battle-of-the-sexes-bulwarks, skewering college athletics and speaking his mind when folks of narrower hat size seek to stop him. Henry Fonda plays bookish Prof. Tommy Turner, struggling to get in touch with his man-of-action side during the weekend of the big football game, the arrival of an ex-gridiron star (Jack Carson) once - perhaps still - fancied by Turner's wife (Olivia de Havilland), and the academic tussle that threatens the professor's tenure. This Hollywood version of the Broadway smash co-written by James Thurber stays close to its source - the film's director is the stage hit's other writer and star Elliott Nugent."

A college instructor on the verge of full professorship has his personal and professional life turned upside-down by a newspaper editorial and the arrival of his wife's old football-hero flame. Based on the play by James Thurber and Elliott Nugent.

This campus comedy has an unusually serious theme underscoring its antic fun.
Professor Tommy Turner raises hell in his university when he announces he will read a letter from a death-row radical Bartolomeo Vanzetti.
A story about Turner's provocative upcoming lecture appears in the college newspaper, and soon the academic's job is on the line.
Complicating things further, Joe Ferguson, a gridiron hero -- and an old pal of Turner's wife -- comes to town for the big college football game.
This news causes Turner to drown his sorrows in liquor... and to make a stand to keep his position and his wife.