A crusading warden sets out to improve conditions at a reform school. 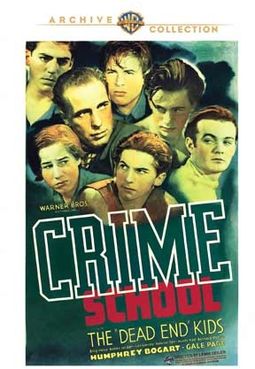 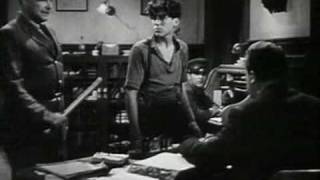 Out of the frying pan into the inferno for Frankie, Squirt, Goofy, Spike and the rest of their pals. They've been grabbed off slum streets and sent to reform school. There, they'll be changed. Brutally changed into hardened criminals unless a compassionate defender stands up for them.

This entry in the Dead End Kids series of adventures makes critical comments about the failings of reform schools. The story begins as the boys are sent to the Gatesville Reformatory, a cruel institution where the discipline is often violent. They boys do their best, but it is difficult to cope. Things get a little better when the deputy commissioner of corrections makes a surprise visit to the institution. He is appalled and immediately fires the sadistic warden. He then begins instituting gentler ways of treating the inmates. The grateful youths save the new warden's life after he is machine gunned during a political double-cross. As a reward, the boys are paroled.

Death | Prison / Prisoners | Hell | Corruption | Violence | Teachers | Criminals | Weapons
This product is made-on-demand by the manufacturer using DVD-R recordable media. Almost all DVD players can play DVD-Rs (except for some older models made before 2000) - please consult your owner's manual for formats compatible with your player. These DVD-Rs may not play on all computers or DVD player/recorders. To address this, the manufacturer recommends viewing this product on a DVD player that does not have recording capability.