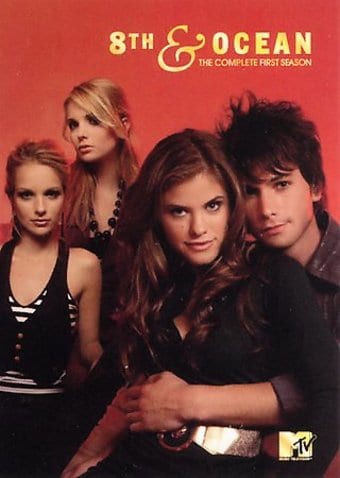 Somewhere between LAGUNA BEACH and AMERICA'S NEXT TOP MODEL, this MTV "reality" show is given a glamorous boost thanks to clever editing and high-definition filming. The youthful series explores the lives and burgeoning careers of several male and female models working for a Miami-based agency. All under age 25, thin, and beautiful, the stars spend their days going on calls, castings, and photo shoots, and lazing around on the beach. By night, they gossip in their shared apartments while getting gussied up for the Miami club scene. Watching their careers blossom (or fail to do so) holds some undeniable interest, but the main meat of the show is the juicy personal stuff, with enticing drama erupting between a set of competitive identical twins. Often up for the same jobs, the twins have very different ideas of what constitutes sisterhood. From contemplated boob jobs to hookups in the hot tub, 8th AND OCEAN has all the makings of an addictive guilty pleasure.