Attack Of The Clones (Original Soundtrack) 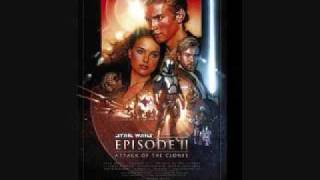 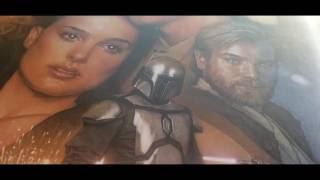 Original score composed by John Williams.
Audio Mixer: Shawn Murphy.
Editors: Mark Willsher; Timeri Duplat.
You've got to love any album containing a composition entitled "Love Theme from Attack of the Clones." Whether the generally straight-faced Hollywood uber-composer John Williams intended this minor bit of hilarity or not, it does represent the interesting problem he faced when scoring STAR WARS EPISODE II: ATTACK OF THE CLONES (which is in fact the fifth STAR WARS film). How does one mate serious orchestral music with visions of furry creatures and pointy eared gnome-like characters in mind?
Williams has faced such problems before in the STAR WARS films and he comes through yet again on this soundtrack. Whether he's tugging on your heartstrings with the dulcet tones of the aforementioned love theme or delving into the darker, more ominous orchestral colors on "Zam the Assassin and The Chase Through Coruscant" (c'mon, that HAD to bring a smile to Williams's face), the composer/conductor manages to make his way through a variety of cinematic moods while still evoking the interstellar vistas to which these pieces are bound.