50 Cent Before I Self Destruct

Rolling Stone: 3 stars out of 5 -- "He's still got the knack in the superb Dre production 'Death to My Enemies,' baiting Lil Wayne over a stand-up bass..." 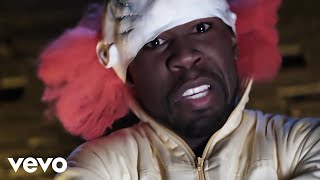 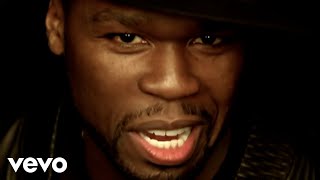 Rolling Stone - p.89
3 stars out of 5 -- "He's still got the knack in the superb Dre production 'Death to My Enemies,' baiting Lil Wayne over a stand-up bass..."
Entertainment Weekly - p.85
"Growling violent threats over hard beats, 50 sounds hungrier than he has in years." -- Grade: B-

Released without the usual flurry of hype, Before I Self Destruct fulfills 50 Cent's contractual obligation to the Interscope label. It also doubles as a throwback album, returning the rapper to the hunger and hatred of his early mixtapes while skillfully recasting him as a wannabe upstart. That is, for the most part. The four radio-friendly bedroom numbers that conclude the album are out of place but fairly good to dime-piece beautiful, with the best being the Ne-Yo showcase "Baby by Me" ("Have a baby by me, baby/Be a millionaire"). As pleasing as these final numbers are, if you leave the room after the macho bruiser "I Got Swag" ("I'm infinitely special/Girl the Lord is gonna bless you/If you do what I tell you to do"), you'll return to a confusingly different album, one that's as glamorous but less vital. The monstrous run of tracks that leads up to this flash and polish can be summed up by 50's "This ain't Tha Carter/It's Sparta!," a witty, deceptive, and brutish line barked over a prime Dr. Dre beat during the great "Death to My Enemies." On the cut, the producer sounds like he's been digging on RZA, but the tension and dark-night feel he has created for "Psycho" is easily identifiable as Dre. Add an especially rapid 50 trading horror-show rhymes with Eminem and the G-Unit soldiers will testify that the Shady/Aftermath dream is still alive. While "So Disrespectful" is the perfect title for a song that shocks, stuns, and brings reminders of the gritty G-Unit Radio mixtape series at its best, the Rick Rock-produced "Stretch" is an even craftier balance of amoral and humorous as it references Plastic Man and Mr. Fantastic before explaining the profitable benefits of cutting cocaine. There are only three guest vocalists, and save a production credit for Havoc, the G-Unit posse is absent, and yet 50 is able to carry the album alone, sounding as inspired as he did on his Interscope debut. That album, Get Rich or Die Tryin', beats this one thanks to its proper balance and structure, but Before I Self Destruct is still a fantastic juggernaut of a 50 album if you exit early, and a very good one even if you don't. ~ David Jeffries