Bound by Destiny... Consumed by Sin... His Vengeance is Eternal 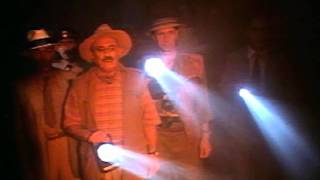 When an Egyptian tomb is disturbed, a vengeance-seeking mummy is set free to go on a murderous rampage.

Mummy Lives
In the name of profits, the tomb is opened. In the name of vengeance, the curse springs alive. From ancient ashes and mummified wrappings a mysterious being arises and becomes flesh. "I am the protector of the dead," he intones. But he will do more than play Grim Reaper to mortals who defy the tomb's sanctity. He wants to reclaim the woman he loves. Past and present converge with terrifying results in this gripping tale inspired by horror master Edgar Allan Poe's Some Words with a Mummy. Tony Curtis plays Dr. Mohassid, a reincarnated soul whose undying love has deadly consequences. Since his arrival, venemous serpents writhe, phantoms stalk and a certain young woman's nightmares erupt into even more frightful days. The tomb is open. Enter at your own risk!

A reincarnated ghoul seeks revenge on the scavengers who desecrated his tomb. And hell hath no fury like a mummy scorned...

28%off
Tales from the Darkside: The Movie
$6.50 Super Savings
Add to Cart