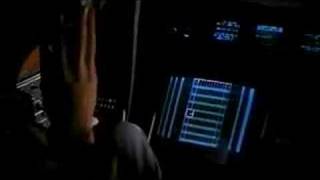 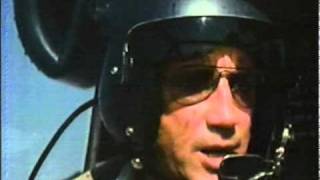 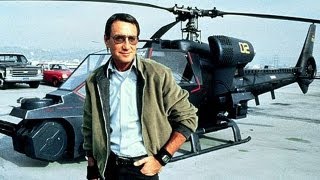 He's Out There. The Skies Will Never Be The Same! Fully loaded and ready for action! Roy Scheider stars as a courageous police officer pilot battling government fanatics planning to misuse an experimental attack helicopter. Chosen to test Blue Thunder, Frank Murphy is amazed by the high-speed high-tech chopper. It can see through walls, record a whisper or level a city block. Distrusting the military mentality behind Blue Thunder, Murphy and his partner Lymangood soon discover that the remarkable craft is slated for use as the ultimate weapon in surveillance and crowd control. Jeopardized after being discovered by sinister Colonel Cochrane, Murphy flies Blue Thunder against military aircraft in a spellbinding contest over Los Angeles.

The air above Los Angeles has become a battle ground in this explosive action thriller. Roy Scheider (JAWS) stars as Frank Murphy, a courageous and honorable Los Angeles police officer who is chosen to test run Blue Thunder, a high-tech experimental attack helicopter that comes complete with listening devices, camera lenses, and computer files. While flying Blue Thunder, Murphy and his partner, Lymangood (Daniel Stern) discover that the government intends to use the helicopter for corrupt crowd control and surveillance. The top-secret operation is being run by a sinister colonel (Malcolm McDowell), who will stop at nothing to keep the devious military conspiracy a secret. In an effort to expose the covert military operation Murphy decides to "borrow" Blue Thunder, flying against military and police aircrafts on a death-defying flight. Superb special effects and daredevil stunts combine with breathtaking cinematography to create a dizzying battle for justice.

A police helicopter pilot is chosen to test an experimental chopper capable of performing an abundance of high-tech feats. Shortly after witnessing a murder while on duty, the policeman discovers that the government is involved in a sinister plot involving the use of the chopper.