A successful Broadway star reads about a college-age prankster and is committed to changing his life, whether he likes it or not. 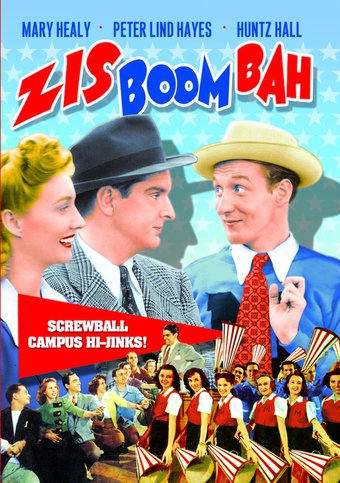 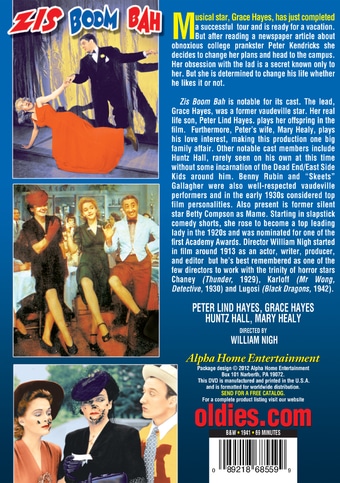 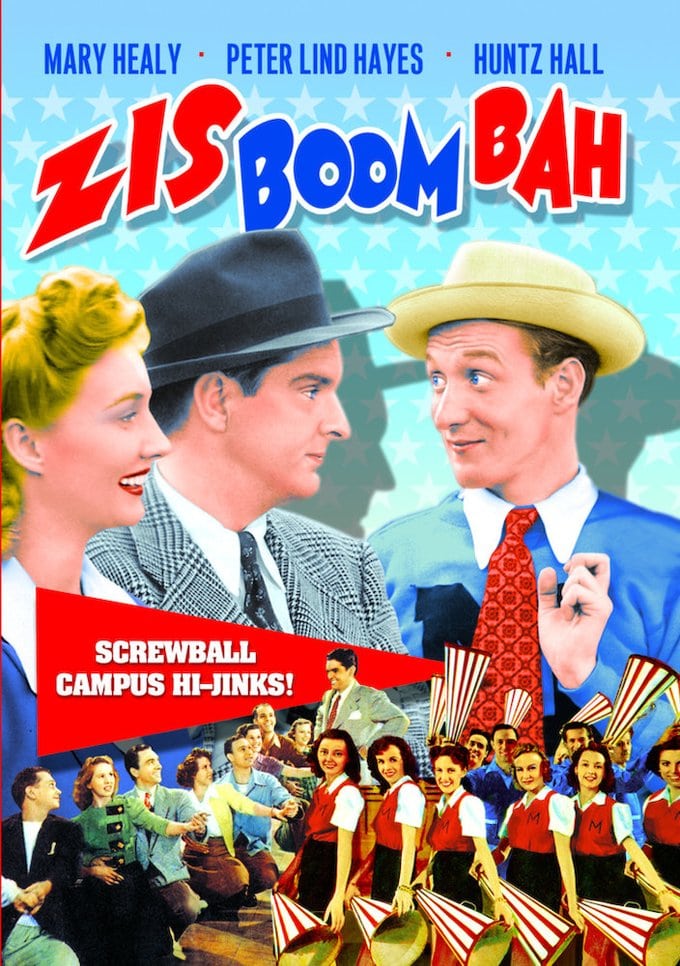 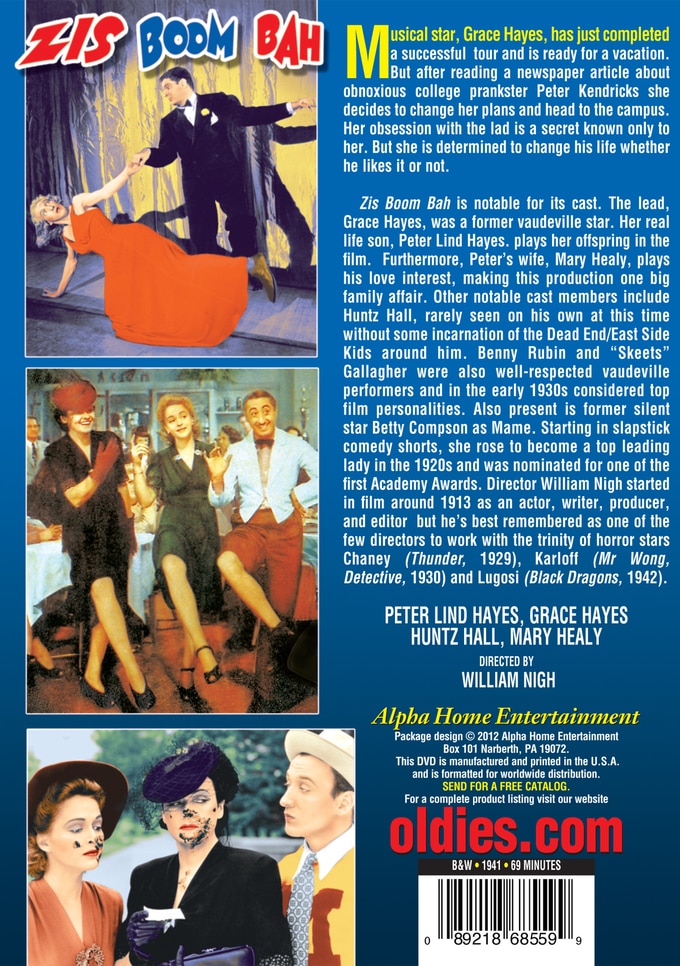 Musical star Grace Hayes has just completed a successful tour and is ready for a vacation. But after reading a newspaper article about obnoxious college prankster Peter Kendricks she decides to change her plans and head to the campus. Her obsession with the lad is a secret known only to her. But she is determined to change his life whether he likes it or not.

Zis Boom Bah is notable for its cast. The lead, Grace Hayes, was a former vaudeville star. Her real life son, Peter Lind Hayes. plays her offspring in the film. Furthermore, Peter's wife, Mary Healy, plays his love interest, making this production one big family affair. Other notable cast members include Huntz Hall, rarely seen on his own at this time without some incarnation of the Dead End/East Side Kids around him. Benny Rubin and "Skeets" Gallagher were also well-respected vaudeville performers and in the early 1930s considered top film personalities. Also present is former silent star Betty Compson as Mame. Starting in slapstick comedy shorts, she rose to become a top leading lady in the 1920s and was nominated for one of the first Academy Awards. Director William Nigh started in film around 1913 as an actor, writer, producer, and editor but he's best remembered as one of the few directors to work with the trinity of horror stars Chaney (Thunder, 1929), Karloff (Mr. Wong, Detective, 1930) and Lugosi (Black Dragons, 1942).

A big star buys a small cafe for her college-age son.