There's no future in holding on to the past. 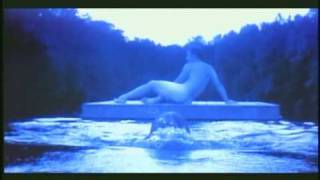 The Weekend - Official US Trailer

British writer-director Brian Skeet's (THE MISADVENTURES OF MARGARET) second feature is a mixture between LOVE! VALOUR! COMPASSION! and THE BIG CHILL, and is based on Peter Cameron's novel of the same name. Marian (Deborah Kara Unger) and John Kerr (Jared Harris) are expecting an old friend, Lyle (David Conrad) for a weekend visit to their beautiful upstate New York home. Emotions run high since it is the one-year anniversary of the death of John's brother, the handsome and charismatic Tony (D.B. Sweeney), who had also been Lyle's lover. Marian, who is still inconsolable after losing Tony to AIDS, is upset when Lyle brings his new boyfriend, a young artist, Robert (James Duval). Meanwhile, the situation is just as tense at the Kerr's neighbors house, where oft-widowed, free spirit Laura Ponti (Gena Rowlands) gets a surprise visit from her resentful, angry daughter, Nina (Brooke Shields), and her married lover, Thierry (Gary Dourdan). Matters worsen when the battling mother-daughter duo joins the Kerr household for a dinner party, where the pain-riddled diners engage in a messy emotional showdown. Skeet's film is a studied examination of pain, loss, love and sexuality set against a deceptively lovely, idyllic backdrop.