Life made him tough. Love made him strong. Music made him hard. 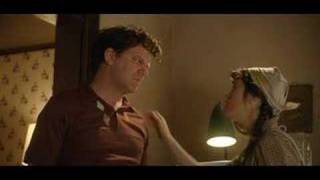 Somewhere between pitch-perfect parodies from Christopher Guest and Co. (such as THIS IS SPINAL TAP and A MIGHTY WIND) and slapstick spoofs (such as AIRPLANE and the NAKED GUN) resides the farcical biopic WALK HARD: THE DEWEY COX STORY. Taking the critically lauded Johnny Cash biopic WALK THE LINE as its most obvious inspiration, WALK HARD plows its way through every rock star cliché--from drug use and rampant sex to artistic self-indulgence and spiritual redemption--laying waste to all of them with unremitting blasts of brilliantly lowbrow comedy. Written by Judd Apatow and starring Jon C. Reilly in the title role, WALK HARD is a deliciously basic synthesis of any number of ponderous biographical narratives with the poetic raunchiness of Apatow films, such as SUPERBAD and KNOCKED UP, and the most lovably inane aspects of Reilly's role as Cal Naughton Jr. in TALLEDEGA NIGHTS. In fact, fans will have a blast spotting the endless array of cameos by the gifted comic actors who pepper all of those films, including Jonah Hill, Kristin Wiig, Ed Helms, and Jack McBrayer, among many others. Although Reilly (whose comedic chops are nearly on par with his skills as a dramatic player) is hilarious as the hapless rock-&-roll icon Cox, and Jenna Fischer is utterly charming and slyly multifaceted as Darlene Madison (June to Dewey's Johnny), it's the ensemble cast that makes the film so much fun. WALK HARD is the cinematic equivalent of a rock-&-roll jam session: a basic, yet entertaining and fairly interesting idea gets tossed into the creative arena and everyone gets a chance to play along, riff on the idea, and mug for the camera. Though it's certainly no masterwork, fans will relish the good times as much as the actors so clearly do.

The Lady from Shanghai (Blu-ray)
$10.90 Super Savings
Add to Cart