An author wages $5,000 that he can write a best-selling book in 24 hours. He spends the night at the abandoned Baldpate Inn and he encounters a group of mysterious strangers. 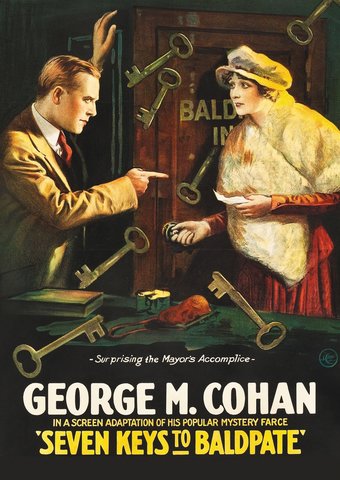 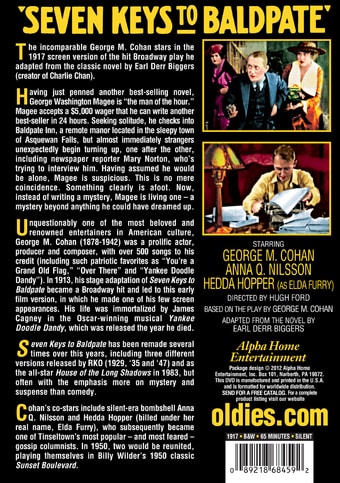 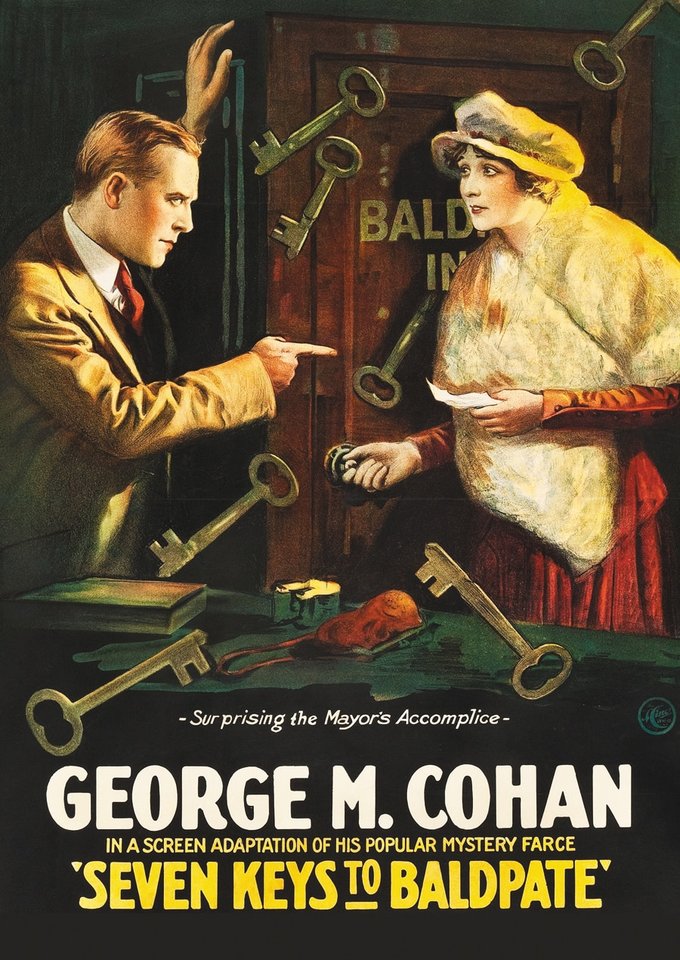 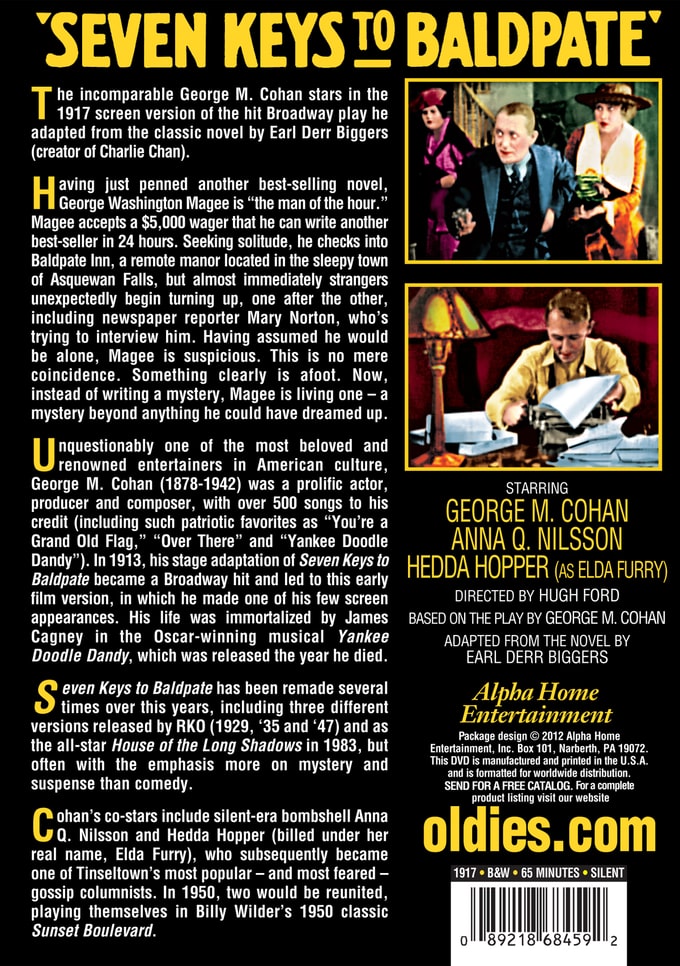 The incomparable George M. Cohan stars in the 1917 screen version of the hit Broadway play he adapted from the classic novel by Earl Derr Biggers (creator of Charlie Chan). Having just penned another best-selling novel, George Washington Magee is "the man of the hour." Magee accepts a $5,000 wager that he can write another best-seller in 24 hours. Seeking solitude, he checks into Baldpate Inn, a remote manor located in the sleepy town of Asquewan Falls, but almost immediately strangers unexpectedly begin turning up, one after the other, including newspaper reporter Mary Norton, who's trying to interview him. Having assumed he would be alone, Magee is suspicious. This is no mere coincidence. Something clearly is afoot. Now, instead of writing a mystery, Magee is living one -- a mystery beyond anything he could have dreamed up.

Unquestionably one of the most beloved and renowned entertainers in American culture, George M. Cohan (1878-1942) was a prolific actor, producer and composer, with over 500 songs to his credit (including such patriotic favorites as "You're a Grand Old Flag," "Over There" and "Yankee Doodle Dandy"). In 1913, his stage adaptation of Seven Keys to Baldpate became a Broadway hit and led to this early film version, in which he made one of his few screen appearances. His life was immortalized by James Cagney in the Oscar-winning musical Yankee Doodle Dandy, which was released the year he died.

Seven Keys to Baldpate has been remade several times over this years, including three different versions released by RKO (1929, '35 and '47) and as the all-star House of the Long Shadows in 1983, but often with the emphasis more on mystery and suspense than comedy. Cohan's co-stars include silent-era bombshell Anna Q. Nilsson and Hedda Hopper (billed under her real name, Elda Furry), who subsequently became one of Tinseltown's most popular - and most feared - gossip columnists. In 1950, two would be reunited, playing themselves in Billy Wilder's 1950 classic Sunset Boulevard.

The earliest film version of George M. Cohan's famous stage play, in which a mystery writer retreats to a spooky house to complete a novel in one marathon session. Remakes abound, including 1982's "House of the Long Shadows."

Mystery | Silent | Thriller | Vintage
This product is made-on-demand by the manufacturer using DVD-R recordable media. Almost all DVD players can play DVD-Rs (except for some older models made before 2000) - please consult your owner's manual for formats compatible with your player. These DVD-Rs may not play on all computers or DVD player/recorders. To address this, the manufacturer recommends viewing this product on a DVD player that does not have recording capability.

Soundtrack
Once Upon a Time in Hollywood
$18.50
Add to Cart