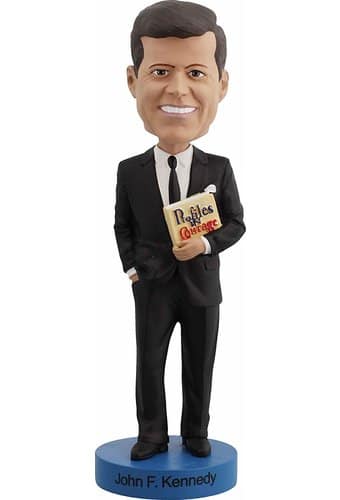 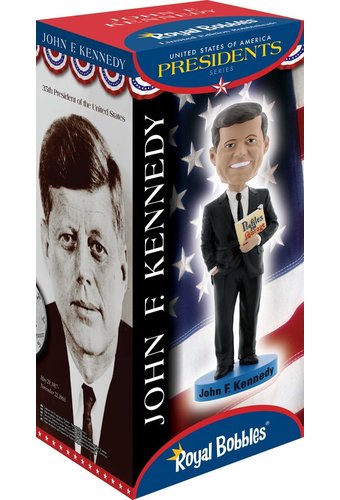 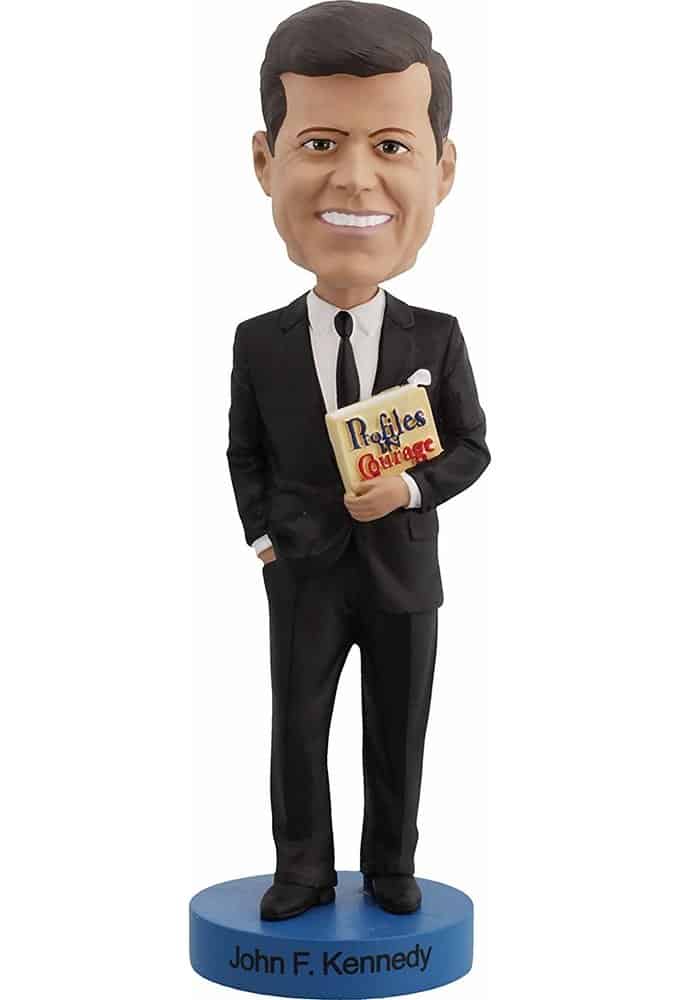 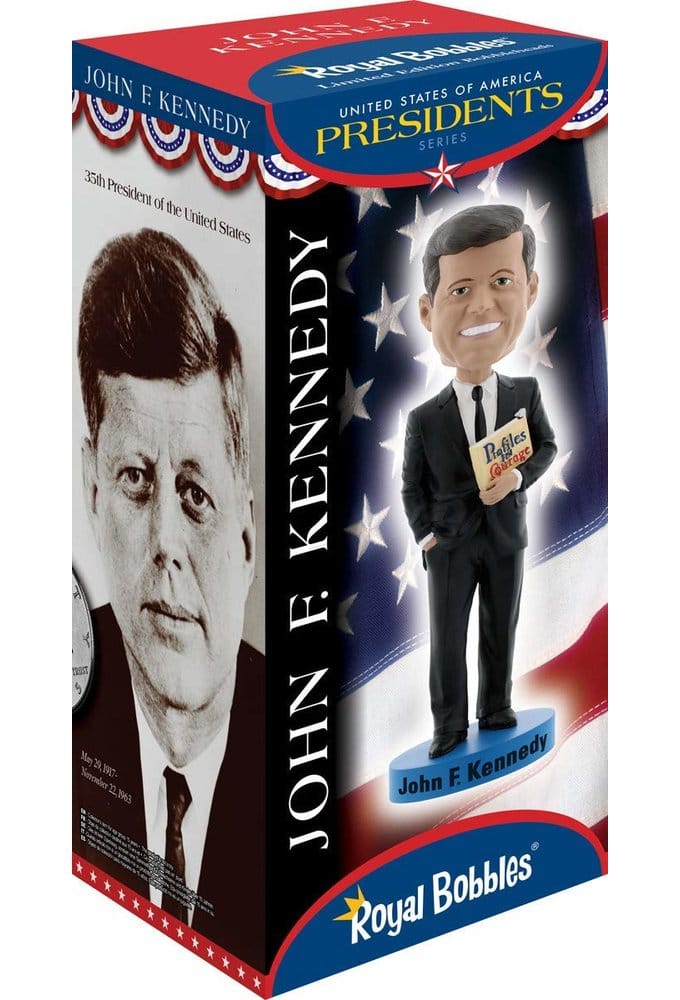 Currently Out of Stock: We'll get more as soon as possible
Notify Me When Available
Add to Wishlist
item number:  RB-1205
91% recommend us!

John Fitzgerald "Jack" Kennedy, often referred to by his initials JFK, was the 35th President of the United States. He was the first President born in the 20th century, and the youngest elected to the office, at the age of 43. Kennedy is the only president to have won a Pulitzer Prize. This very high quality, hand-painted John F. Kennedy V3 bobblehead from Royal Bobbles shows President Kennedy proudly holding his Pulitzer Prize-winning book, "Profiles in Courage". New for 2018! This intricately detailed bobble head portrays a lifelike image of our 35th President of the United States of America John F. Kennedy. JFK = FREEDOM. Our highly collectible bobble head stands at over 8” tall and is made from high quality heavyweight polyresin. Comes complete with a colorful, printed collector’s box and molded Styrofoam inner protection to keep your bobble head safe and protected. Each Royal Bobble comes with it's own unique serial number located on the bottom of the base to indicate Authenticity.