Between the Lines R

Fun, Adventure, Romance on $75 a Week 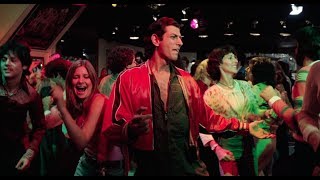 BETWEEN THE LINES evokes nostalgia as a rather Chekhovian portrait of a group of charmingly naive idealists on the eve of the destruction of their own particular "cherry orchard." Starring John Heard as Harry Lucas, ace reporter of an underground paper loosely based on the Boston Phoenix during the early 1970s, the film offers an amusingly low-key take on the relationships and emotional travails of the paper's youthful staff. Harry is beginning to lose his belief in his work and is trying to resume his on-again, off-again relationship with photographer Abbie (Lindsay Crouse). Max Arloft (Jeff Goldblum) is panhandling his colleagues rather than working, and Steven Entwhistle (Bruno Kirby) is eagerly trying to break into journalism. BETWEEN THE LINES is an enjoyable film, enhanced by an excellent cast, including Marilu Henner, Stephen Collins, Jill Eikenberry, and Lane Smith--all near the beginning of their careers.

This 1970s ensemble comedy stars John Heard as Harry, hot reporter of an underground newspaper loosely based on the early years of the Boston Phoenix. The film offers an amusingly low-key take on the vagaries of the lives of the paper's staff, who are unaware that their counterculture journal is about to become the next link in a corporate newpaper chain. The outstanding cast includes Jeff Goldbum, Lindsay Crouse, Jill Eikenberry, Bruno Kirby, Gwenn Welles, Stephen Collins, and Marilu Henner, in the early days of their careers. The film is directed by Joan Micklin Silver (CROSSING DELANCEY).

16%off
Miracles from Heaven
$8.40 Super Savings
Add to Cart