A rediscovered lost film... A desperate group of plane crash survivors must come together to endure hardships in the jungle. 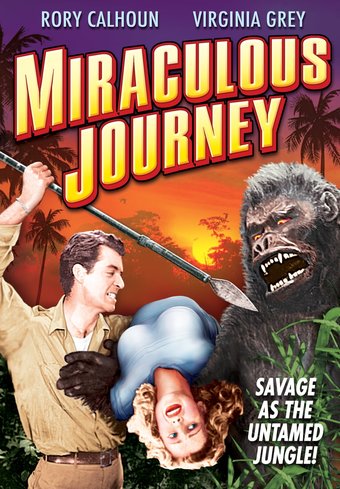 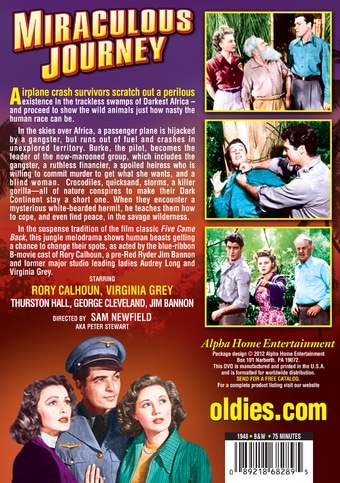 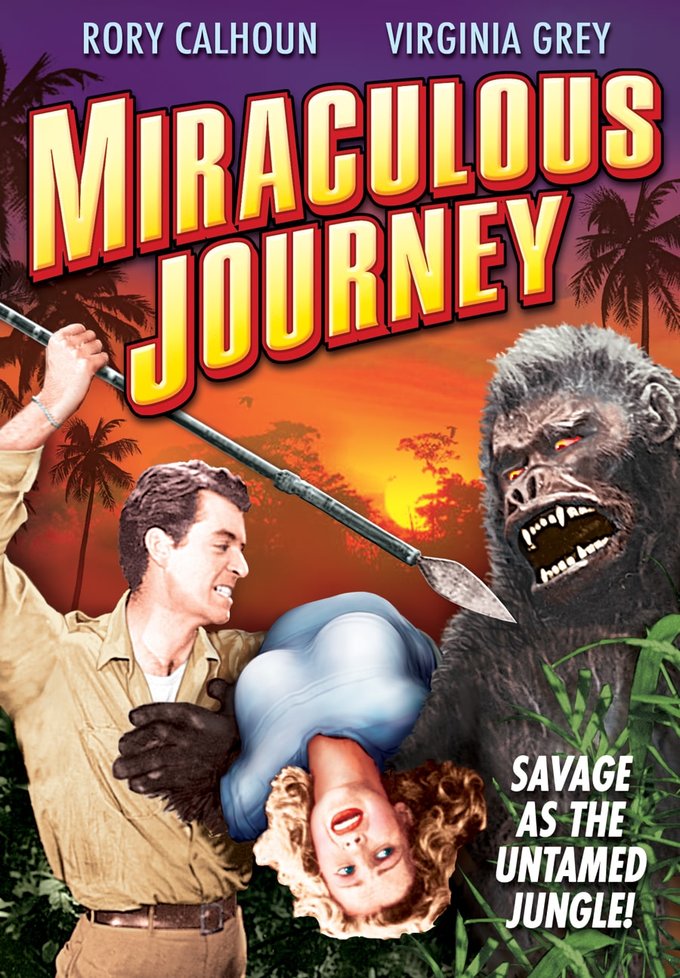 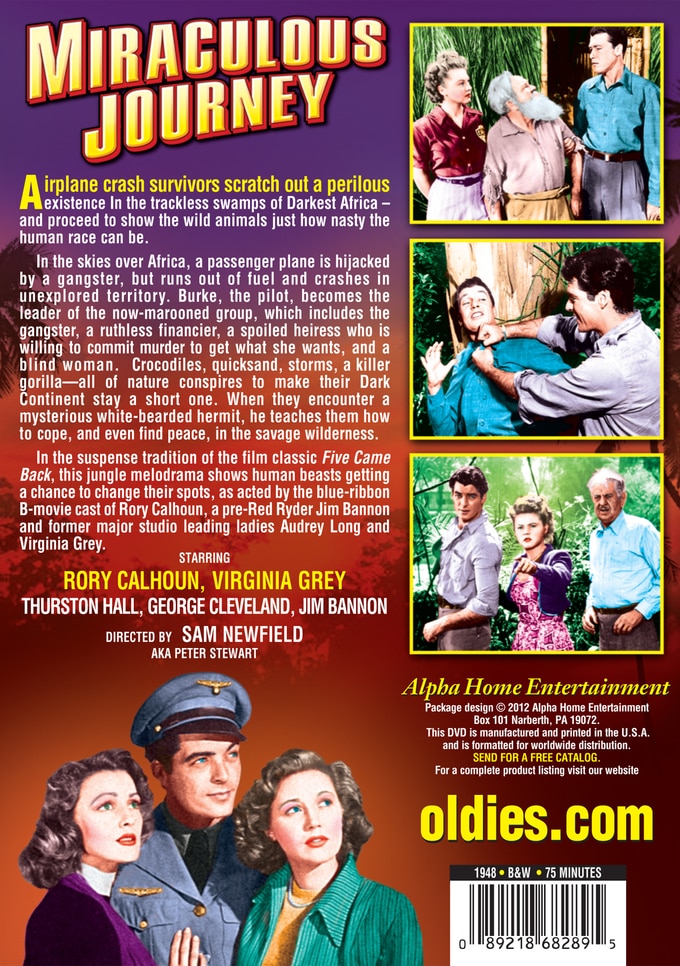 Airplane crash survivors scratch out a perilous existence In the trackless swamps of Darkest Africa -- and proceed to show the wild animals just how nasty the human race can be.

In the skies over Africa, a passenger plane is hijacked by a gangster, but runs out of fuel and crashes in unexplored territory. Burke, the pilot, becomes the leader of the now-marooned group, which includes the gangster, a ruthless financier, a spoiled heiress who is willing to commit murder to get what she wants, and a blind woman. Crocodiles, quicksand, storms, a killer gorilla -- all of nature conspires to make their Dark Continent stay a short one. When they encounter a mysterious white-bearded hermit, he teaches them how to cope, and even find peace, in the savage wilderness.

In the suspense tradition of the film classic Five Came Back, this jungle melodrama shows human beasts getting a chance to change their spots, as acted by the blue-ribbon B-movie cast of Rory Calhoun, a pre-Red Ryder Jim Bannon and former major studio leading ladies Audrey Long and Virginia Grey.

In this psychological drama, a group of people are stranded in a remote jungle after a plane crash. The disparate reactions of each are chronicled through out the story as they learn to survive in their new jungle home. Fortunately, they are helped by a man who was similarly stranded several years before. He not only teaches them how to survive, he also teaches them about humility. They are all rescued when the pilot manages to make it to civilization and returns with a helicopter.

Adventure | Wilderness | Jungle | Airplanes | Crashes
This product is made-on-demand by the manufacturer using DVD-R recordable media. Almost all DVD players can play DVD-Rs (except for some older models made before 2000) - please consult your owner's manual for formats compatible with your player. These DVD-Rs may not play on all computers or DVD player/recorders. To address this, the manufacturer recommends viewing this product on a DVD player that does not have recording capability.

Conan the Barbarian
$10
Add to Cart