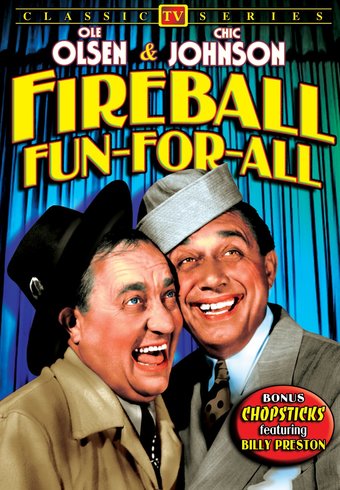 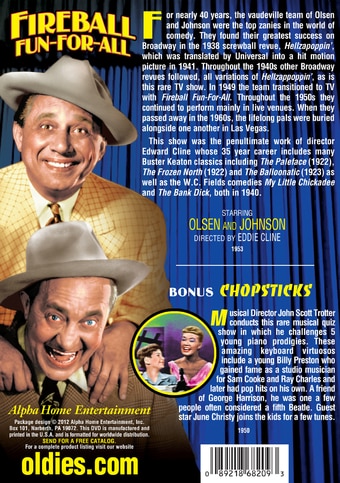 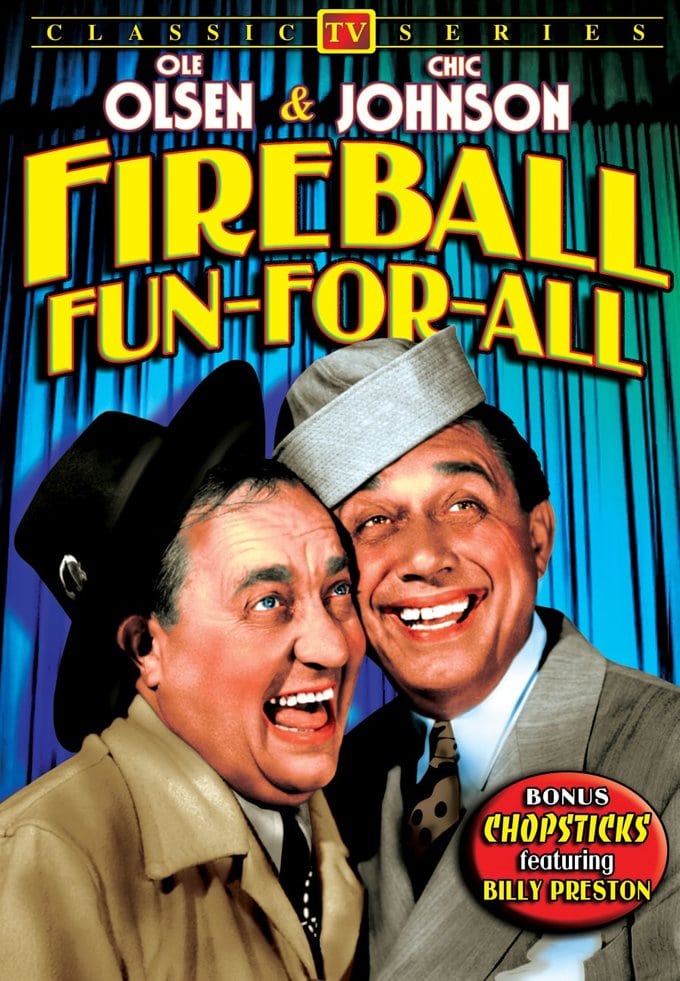 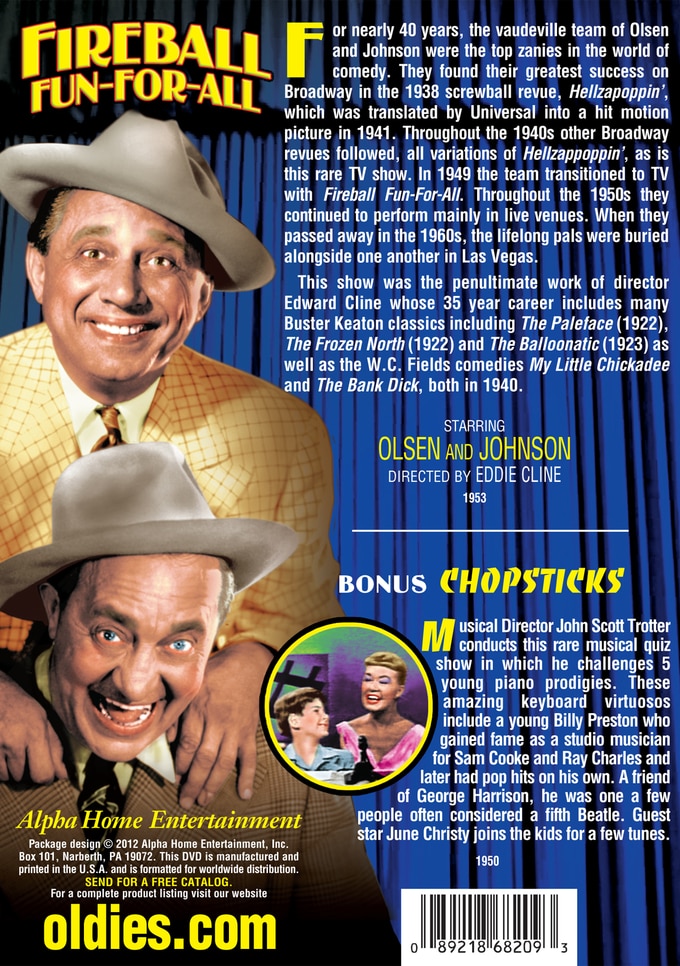 Fireball Fun-For-All (1953, B&W): For nearly 40 years, the vaudeville team of Olsen and Johnson were the top zanies in the world of comedy. They found their greatest success on Broadway in the 1938 screwball revue, Hellzapoppin', which was translated by Universal into a hit motion picture in 1941. Throughout the 1940s other Broadway revues followed, all variations of Hellzappoppin', as is this rare TV show. In 1949, the team transitioned to TV with Fireball Fun-For-All. Throughout the 1950s they continued to perform mainly in live venues. When they passed away in the 1960s, the lifelong pals were buried alongside one another in Las Vegas. This show was the penultimate work of director Edward Cline whose 35 year career includes many Buster Keaton classics including The Paleface (1922), The Frozen North (1922) and The Balloonatic (1923) as well as the W.C. Fields comedies My Little Chickadee and The Bank Dick, both in 1940.

Chopsticks (1950, B&W): Musical Director John Scott Trotter conducts this rare musical quiz show in which he challenges 5 young piano prodigies. These amazing keyboard virtuosos include a young Billy Preston who gained fame as a studio musician for Sam Cooke and Ray Charles and later had pop hits on his own. A friend of George Harrison, he was one a few people often considered a fifth Beatle. Guest star June Christy joins the kids for a few tunes.