Richard Barthemess stars as a young country boy faced with the responsibility of caring for his family while engaged in a blood feud with neighbors. 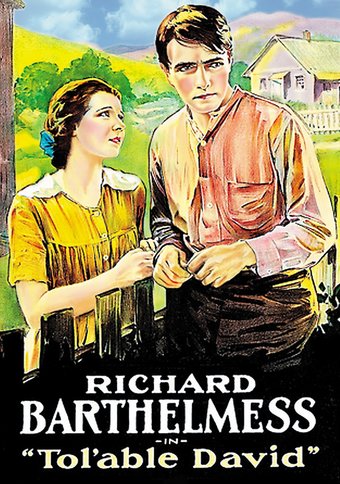 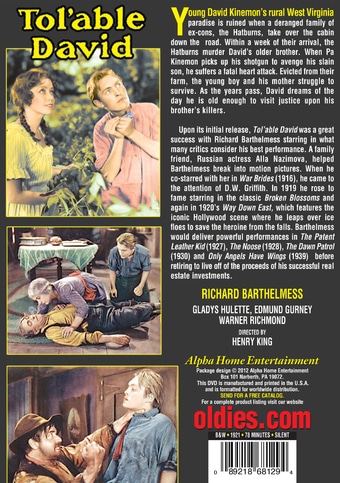 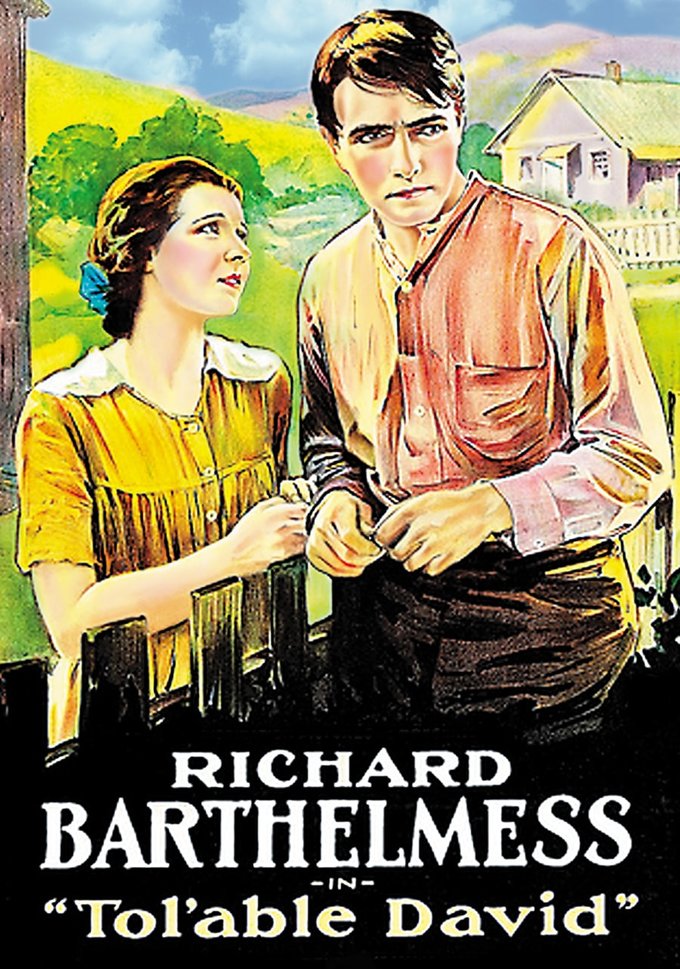 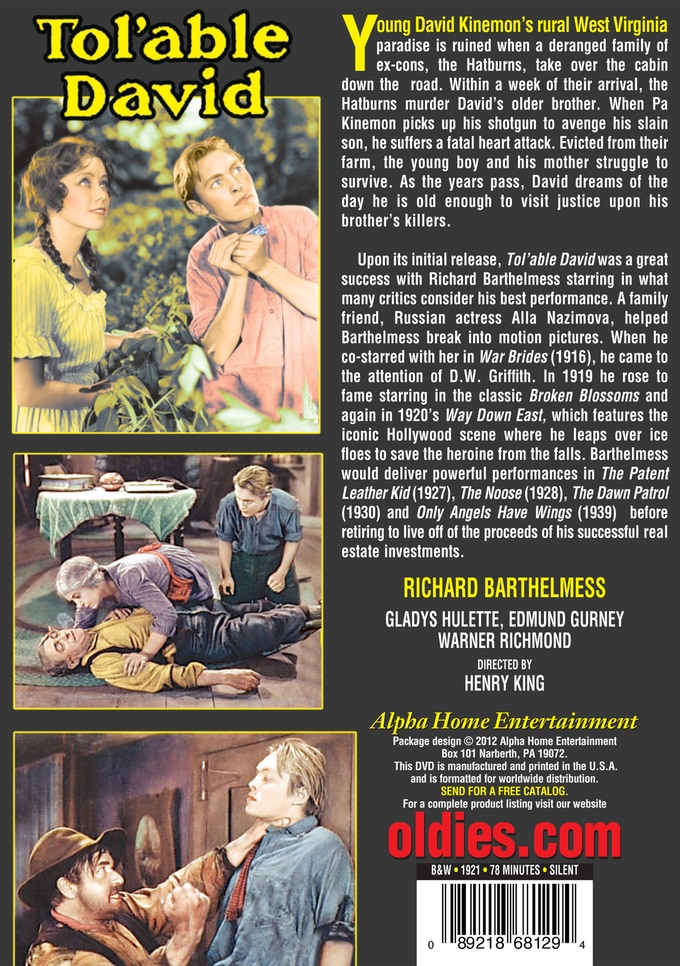 Young David Kinemon's rural West Virginia paradise is ruined when a deranged family of ex-cons, the Hatburns, take over the cabin down the road. Within a week of their arrival, the Hatburns murder David's older brother. When Pa Kinemon picks up his shotgun to avenge his slain son, he suffers a fatal heart attack. Evicted from their farm, the young boy and his mother struggle to survive. As the years pass, David dreams of the day he is old enough to visit justice upon his brother's killers.

Upon its initial release, Tol'able David was a great success with Richard Barthelmess starring in what many critics consider his best performance. A family friend, Russian actress Alla Nazimova, helped Barthelmess break into motion pictures. When he co-starred with her in War Brides (1916), he came to the attention of D.W. Griffith. In 1919 he rose to fame starring in the classic Broken Blossoms and again in 1920's Way Down East, which features the iconic Hollywood scene where he leaps over ice floes to save the heroine from the falls. Barthelmess would deliver powerful performances in The Patent Leather Kid (1927), The Noose (1928), The Dawn Patrol (1930) and Only Angels Have Wings (1939) before retiring to live off of the proceeds of his successful real estate investments.

The silent film TOL'ABLE DAVID is widely considered one of the finest early U.S. action films. The film is a far cry from the hectic cutting and special effects of the modern blockbuster, but under Henry King's stellar direction it quickly and quietly presents the emotional elements of the form, centering on a young hero, David, who against all odds faces down an evil enemy to win respect and love. David, who idolizes his older brother, sees him struck down by the Hatburns, three criminal fugitives who have taken up residence in David's otherwise bucolic village. When David's father dies shortly thereafter, David must swear off revenge in order to support his widowed mother and younger siblings. David is shamed by his neighbors, who view his filial loyalty as cowardice, and he is unable to attract the desired attentions from his beloved, a Hatburn herself. But working for the U.S. Postal Service, David is soon poised to prove his courage, avenge his family, and win his love's heart.

Coming Of Age | Silent | Suspense | Thriller | Vintage | Outlaws
This product is made-on-demand by the manufacturer using DVD-R recordable media. Almost all DVD players can play DVD-Rs (except for some older models made before 2000) - please consult your owner's manual for formats compatible with your player. These DVD-Rs may not play on all computers or DVD player/recorders. To address this, the manufacturer recommends viewing this product on a DVD player that does not have recording capability.