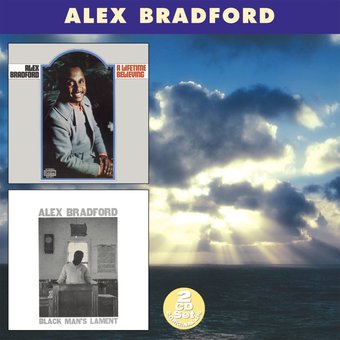 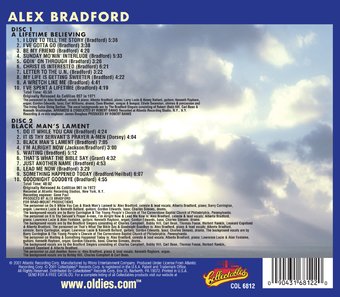 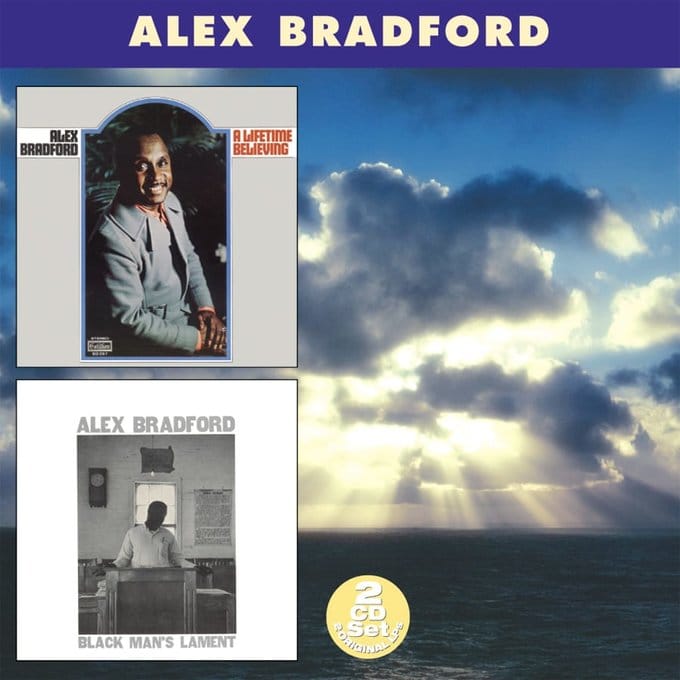 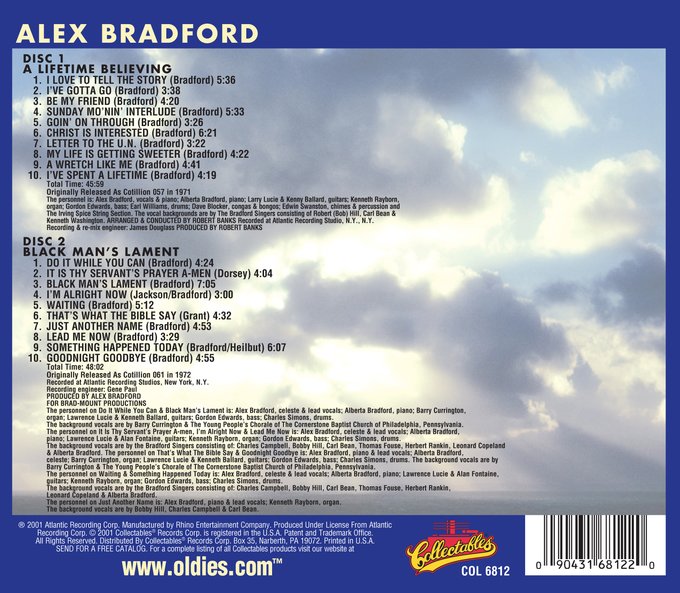 "Professor" Alex Bradford is best known as a leading gospel songwriter and for his work in the international stage hit Black Nativity. Twenty songs from two original Cotillion albums, including highlights "My Life Is Getting Sweeter," "Black Man's Lament," and "Lead Me Now" can be heard on this two disc set.


I love it! Of all the songs, "That's What The Bible Say" and "Something Happened Today" are the greatest song!

"That's What The Bible Say" speaks on the Vietnam War during the 1960's. I've always felt that Alex Bradford was one of the most creative artist there ever was. And it's amazing how he could create a way to teach a lesson about Vietnam and death through his Gospel song.

A MUST HAVE CD!

43%off
Alex Bradford
One Step/Angel on Vacation
$7.99 on Sale
Add to Cart