Col. Paul Tibbetts was the man who piloted the Enola Gay, the plane that dropped the atomic bomb on Hiroshima in WWII. 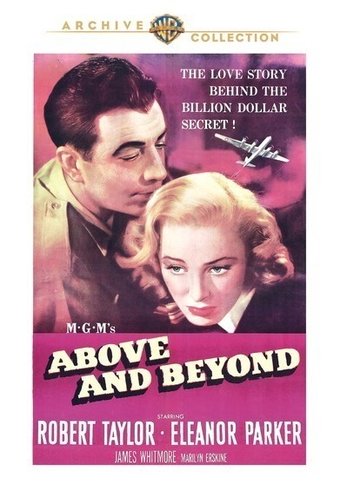 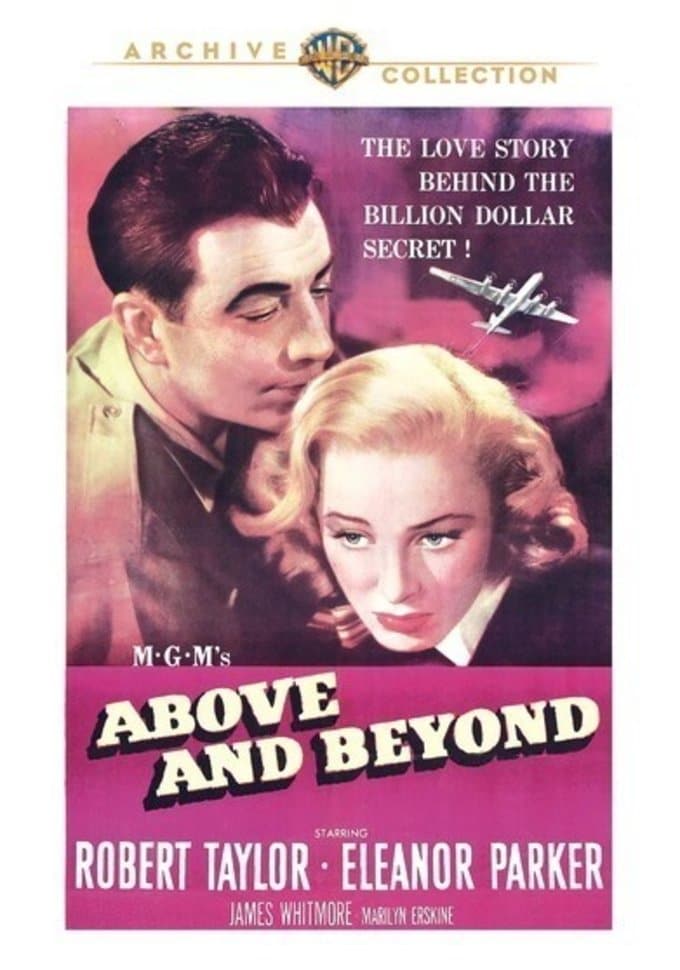 1.4K ratings
Available: Usually ships in 5-7 business days
Add to Cart
Add to Wishlist
Format:  DVD-R
item number:  AJ4Q
Also released as:
Above and Beyond for $28.90
91% recommend us! 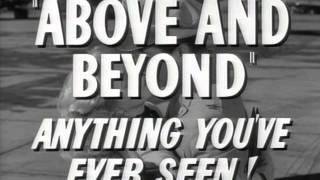 Above and Beyond (Trailer)

Robert Taylor ("Ivanhoe") delivers a powerful performance as the pilot of the Enola Gay who dropped the first atomic bomb on Hiroshima. Troubled by his actions, he struggles to cope with his guilt and his marriage. Based on the true story of Col. Paul Tibbets. Co-starring Oscar-nominees James Whitmore ("Battleground") and Eleanor Parker ("Interrupted Melody").

An account of WWII's Operation Silverplate, the B-29 unit chosen to drop the first atomic bomb over Hiroshima, and the effect it had on the pilot's own personal life. Academy Award Nominations: 2, including Best Motion Picture Story.

"Above and Beyond" depicts the events leading up to the use of the first atomic bomb at the end of World War II. Colonel Paul Tibbetts is chosen by the Air Force to test the new long-range planes and to prepare a top-secret air corps in anticipation of the bombing of Hiroshima.

Nuclear Destruction | Politics | War | World War II | Self-Discovery | Theatrical Release
This product is made-on-demand by the manufacturer using DVD-R recordable media. Almost all DVD players can play DVD-Rs (except for some older models made before 2000) - please consult your owner's manual for formats compatible with your player. These DVD-Rs may not play on all computers or DVD player/recorders. To address this, the manufacturer recommends viewing this product on a DVD player that does not have recording capability.

24%off
Something the Lord Made
$7.60 Super Savings
Add to Cart