Nightmare in Red / Report from Russia

Propaganda films exploring the rise of the Soviet Union. 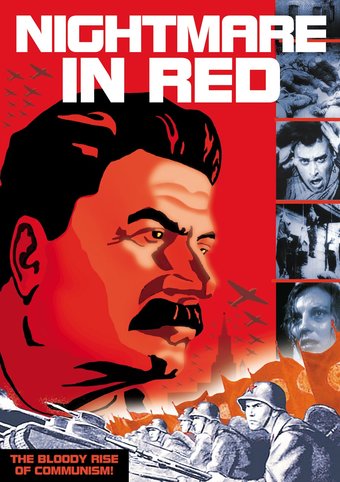 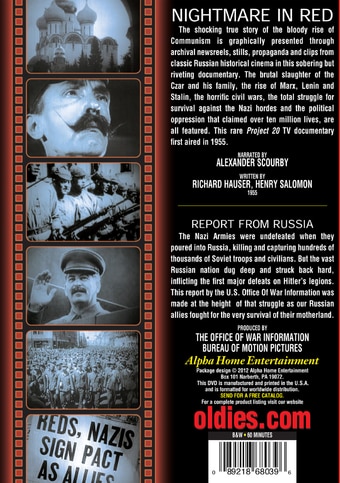 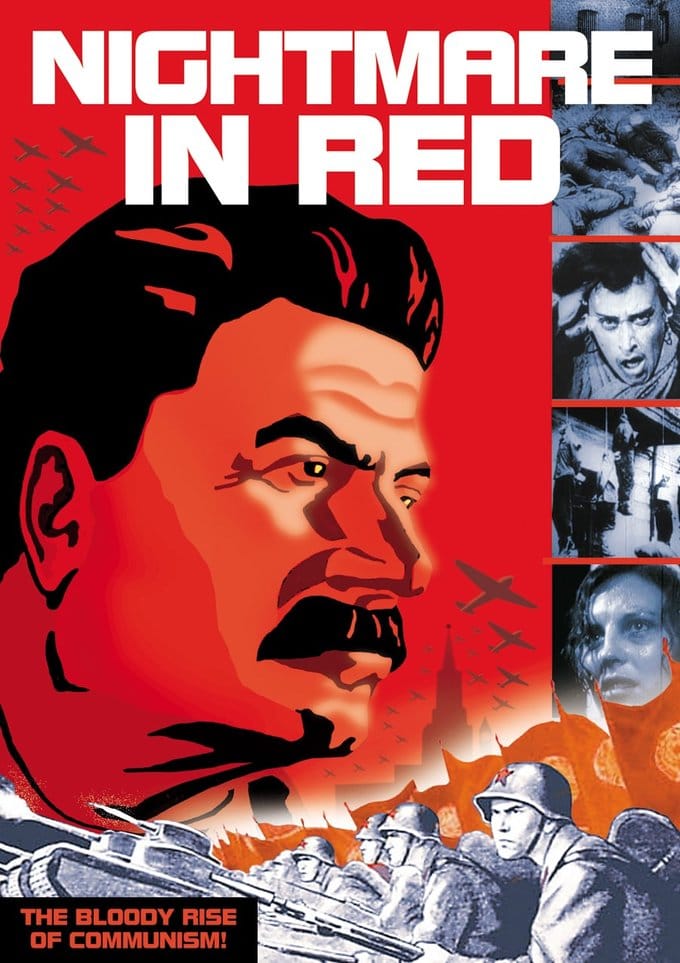 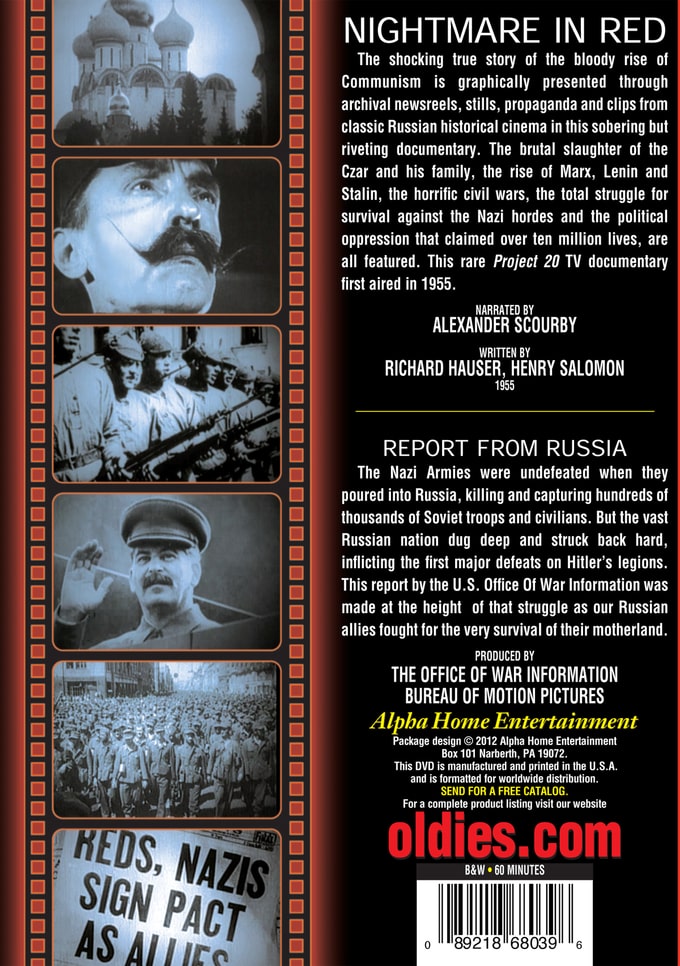 Nightmare In Red (1955, B&W): The shocking true story of the bloody rise of Communism is graphically presented through archival newsreels, stills, propaganda and clips from classic Russian historical cinema in this sobering but riveting documentary. The brutal slaughter of the Czar and his family, the rise of Marx, Lenin and Stalin, the horrific civil wars, the total struggle for survival against the Nazi hordes and the political oppression that claimed over ten million lives, are all featured. This rare Project 20 TV documentary first aired in 1955. Narrated by Alexander Scourby; Written by Richard Hauser, Henry Salomon.

Report From Russia (B&W): The Nazi Armies were undefeated when they poured into Russia, killing and capturing hundreds of thousands of Soviet troops and civilians. But the vast Russian nation dug deep and struck back hard, inflicting the first major defeats on Hitler's legions. This report by the U.S. Office Of War Information was made at the height of that struggle as our Russian allies fought for the very survival of their motherland. Produced by The Office Of War Information Bureau Of Motion Pictures.