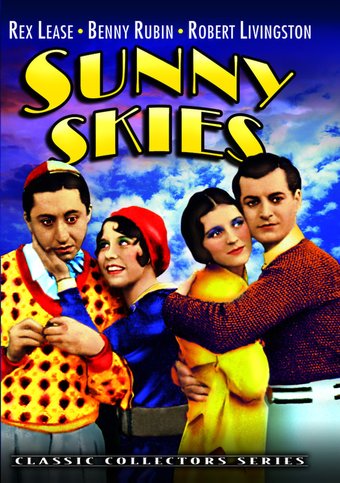 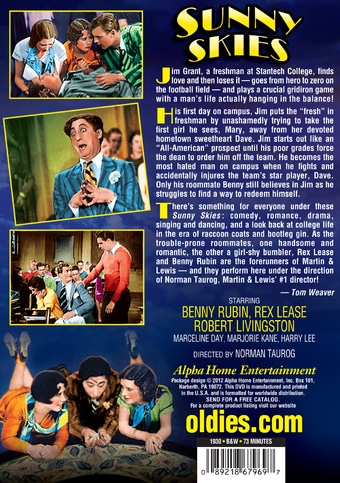 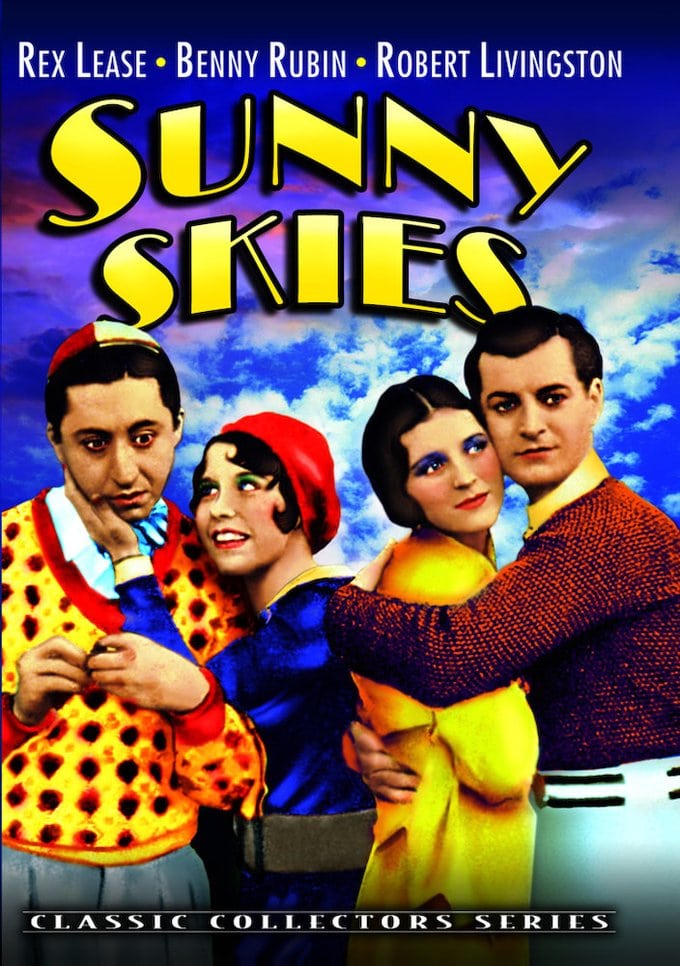 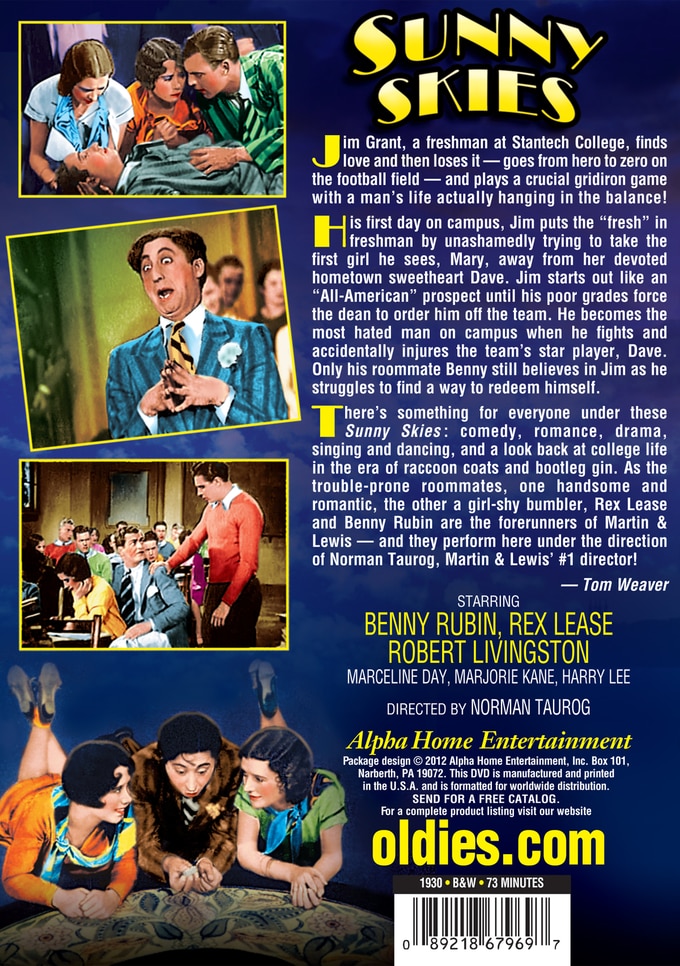 Jim Grant, a freshman at Stantech College, finds love and then loses it - goes from hero to zero on the football field - and plays a crucial gridiron game with a man's life actually hanging in the balance! His first day on campus, Jim puts the "fresh" in freshman by unashamedly trying to take the first girl he sees, Mary, away from her devoted hometown sweetheart Dave. Jim starts out like an "All-American" prospect until his poor grades force the dean to order him off the team. He becomes the most hated man on campus when he fights and accidentally injures the team's star player, Dave. Only his roommate Benny still believes in Jim as he struggles to find a way to redeem himself.

There's something for everyone under these Sunny Skies: comedy, romance, drama, singing and dancing, and a look back at college life in the era of raccoon coats and bootleg gin. As the trouble-prone roommates, one handsome and romantic, the other a girl-shy bumbler, Rex Lease and Benny Rubin are the forerunners of Martin & Lewis - and they perform here under the direction of Norman Taurog, Martin & Lewis' #1 director!

The campus rallies around the team as they try to win the big football game in this very early musical.

Campus Life | Romance | Vintage
This product is made-on-demand by the manufacturer using DVD-R recordable media. Almost all DVD players can play DVD-Rs (except for some older models made before 2000) - please consult your owner's manual for formats compatible with your player. These DVD-Rs may not play on all computers or DVD player/recorders. To address this, the manufacturer recommends viewing this product on a DVD player that does not have recording capability.