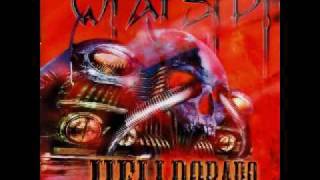 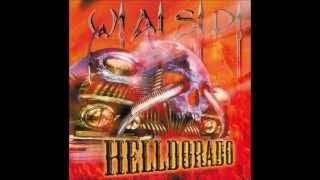 W.A.S.P.: Blackie Lawless (vocals, guitar); Mike Dida (vocals, bass); Stet Howland (vocals, drums); Chris Holmes (guitar).
Shock metal mavens W.A.S.P. return with an album that packs plenty of punch, and is one of their finest releases yet. According to frontman Blackie Lawless, the group wanted to capture the sound, attitude and spirit of the first album (one of the best metal albums of the '80s). The band has succeeded with the party atmosphere of HELLDORADO a welcome return to form after the somewhat darker lyrics of their previous effort. The title track and "Damnation Angels" are prime W.A.S.P. Blackie handles the production, who knows the band's sound better? "Dirty Balls" is fast, furious, in-your-face rock 'n roll. While W.A.S.P. has clearly influenced current acts such as Marilyn Manson, Blackie and the boys kick it much harder than the synth guitar driven pop of Manson. Not following current trends has served the band well. HELLDORADO will please the veteran fans, and should recruit new ones too.