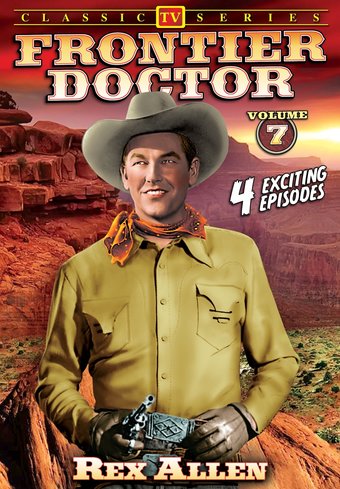 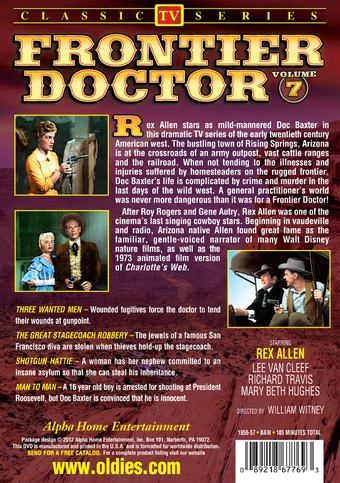 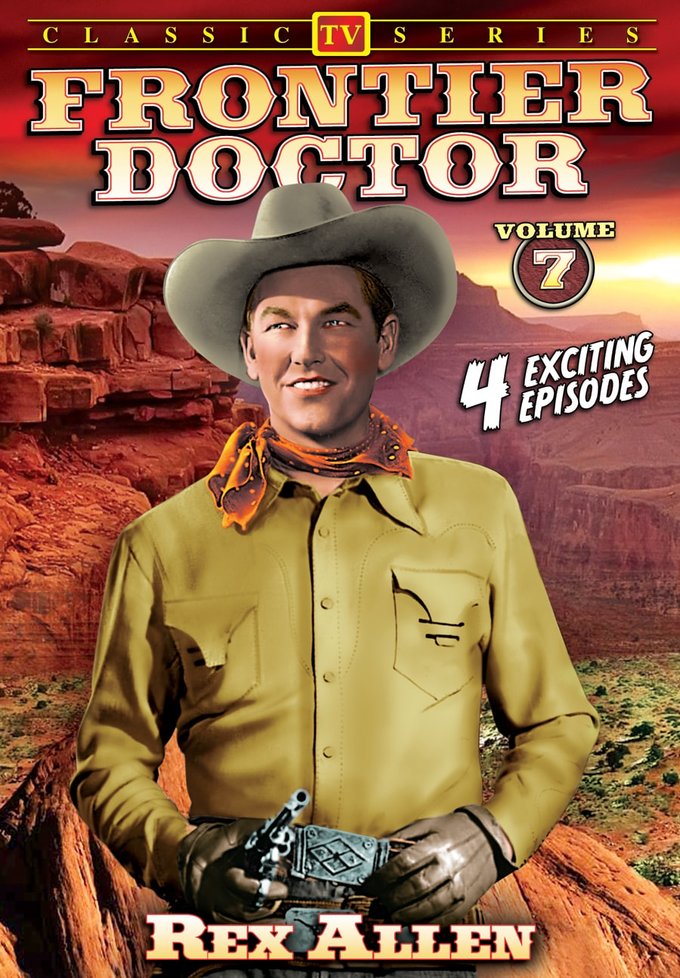 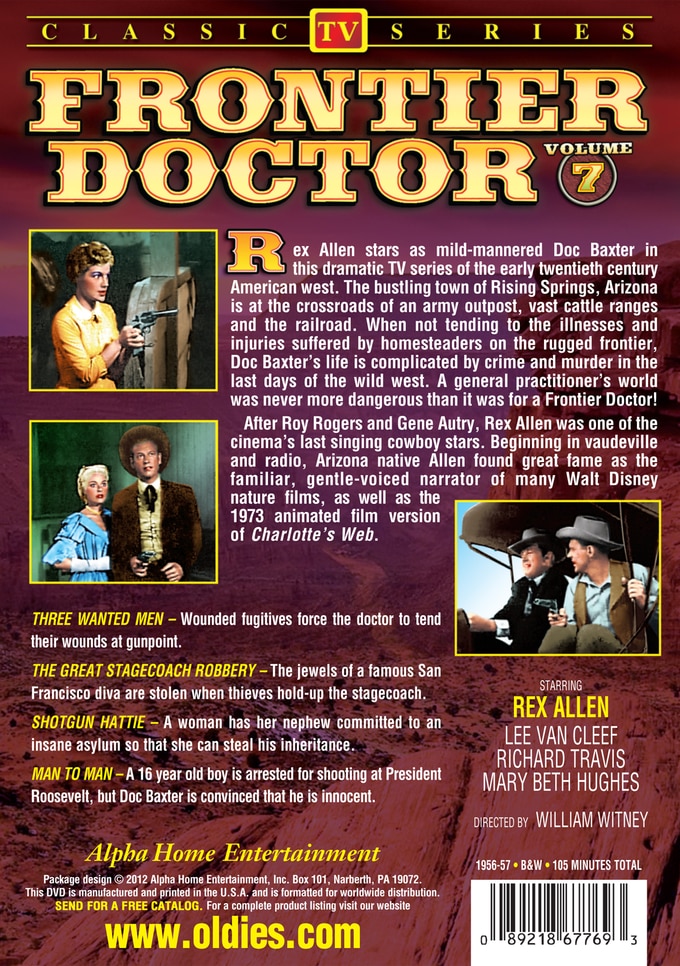 Rex Allen stars as mild-mannered Doc Baxter in this dramatic TV series of the early twentieth century American west. The bustling town of Rising Springs, Arizona is at the crossroads of an army outpost, vast cattle ranges and the railroad. When not tending to the illnesses and injuries suffered by homesteaders on the rugged frontier, Doc Baxter's life is complicated by crime and murder in the last days of the wild west. A general practitioner's world was never more dangerous than it was for a Frontier Doctor! After Roy Rogers and Gene Autry, Rex Allen was one of the cinema's last singing cowboy stars. Beginning in vaudeville and radio, Arizona native Allen found great fame as the familiar, gentle-voiced narrator of many Walt Disney nature films, as well as the 1973 animated film version of Charlotte's Web.

The Great Stagecoach Robbery: The jewels of a famous San Francisco diva are stolen when thieves hold-up the stagecoach.

Shotgun Hattie: A woman has her nephew committed to an insane asylum so that she can steal his inheritance.

Man To Man: A 16 year old boy is arrested for shooting at President Roosevelt, but Doc Baxter is convinced that he is innocent.