Kerrang (Magazine): "[T]hey are making rock music that simply begs to be blasted at volume."

Get email alerts for Slash
Currently Out of Stock: We'll get more as soon as possible
Notify Me When Available
Add to Wishlist
Format:  CD
sku:  ZDP 1255
Our customers love us! 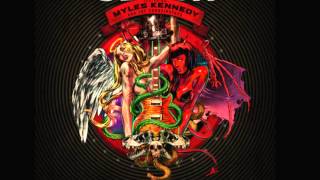 If you were wondering why Slash, one of the greatest guitarists of his generation, chose to throw in his lot with Myles Kennedy, one of the greatly undistinguished hard rock vocalists of his generation, consider this: if you spent your life battling temperaments like Axl Rose and Scott Weiland, you'd choose somebody who's easy to get along with too. Touring and playing with Kennedy clearly is easier on Slash's soul, and the music on Apocalyptic Love, his second solo album and first to feature Myles on vocals throughout, reflects this ease. It may be hard and heavy but it sounds relaxed, Slash and company doing the music they do best: namely, L.A. sleaze rock basics, thickly layered with guitars. There are absolutely no surprises here -- it opens with a cascade of wah-wahs and quickly settles into grinding boogie derived from Aerosmith -- but unlike either Slash's Snakepit or the 2010 Slash, Apocalyptic Love never tries too hard, so it winds up satisfying on its own limited scale. ~ Stephen Thomas Erlewine