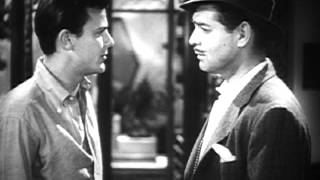 "The girl is hot," the Motion Picture Herald's critic wrote about Lana Turner's performance in this film. "No holds barred and no conditions stipulated." Turner stars with Clark Gable in this wartime romantic drama. Pearl Harbor is about to be bombed and crack reporter Jonny Davis (Gable) has just returned from the Pacific. At his old rooming house, Davis meets fellow reporter Paula Lane (Turner), a girl he once knew who never got over him. Now, she's involved with Davis's clean-cut younger brother Kirk (Robert Sterling). But Paula wasn't meant to settle, and Jonny's passion for her is equally fervent. Hoping he'll forget her, Jonny persuades Paula to take an assignment in Indochina. But she disappears there - and Jonny and Kirk are sent to search for her. What they find changes everything.

Set against the building storm of World War II. He's a crack foreign correspondent; she's a reporter who has never gotten over him. Instead, she settles for his brother, and then her real love returns from overseas, and their passion reunites once again.

A peripatetic World War II romance with a little tragedy and plenty of Hollywood-style propaganda stirred into the mix. Nice-but-boring Kirk Davis is head over heels in love with pretty blonde reporter Paula Lane. Their romance fizzles and fraternal friction ensues when Kirk's brother Johnny, a top war correspondent and incorrigible lady killer, woos Paula away from him. But no sooner has Johnny reeled her in, then he tosses her aside. In response, Paula heads off on a risky assignment in Indo-China and ends up on a missing list. Putting their differences aside, the brothers set out to find her.